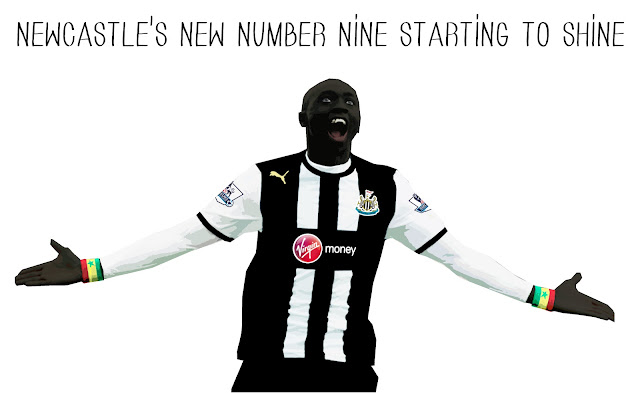 Papiss Cisse continued his explosive start to his Newcastle career this weekend with his 10th goal in 9 games for the Toon as they continued their push for a Champions League place with a 2-0 victory over Bolton.

Hatem Ben Arfa was also on target against Bolton opening the scoring with a magnificent solo effort and the Frenchman credited the quality of the Toon’s Senegalese strike force for the run of results which has seen them come level on points with fourth place Tottenham.

‘Papiss is showing very good form and if he keeps it going I could probably say he’s the best striker I’ve played with,’ said Ben Arfa.

‘He scored two amazing goals against Swansea. He’s just brilliant. He scores a lot of goals and is very good for us. Hopefully, he can continue this form until the end of the season.’

‘Demba is amazing as well, and he worked very hard on the left (on Friday). We have two very good strikers and that’s why we win.’

‘Having two such strikers gives us very good confidence. We know they can score in every game, at any moment.’

Cisse’s impressive goal haul from his first 9 Premier League games has brought comparisons with a number of former Newcastle strikers most notably Andy Cole and judging from current form he looks a worthy wearer of the legendary No 9 shirt.