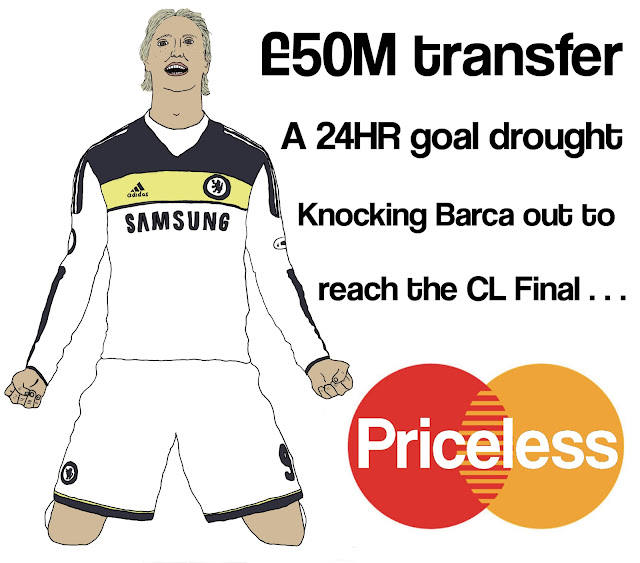 Fernando Torres has endured more than his fair share of unfortunate moments since his £50 million transfer, so the majority of the football world will have been delighted to see the Spaniard bag the goal that ensured the Blues would make it through to the Champions League Final.

In what has to be the highlight of his Chelsea career so far Torres came on as a late substitute in Tuesday night’s second leg semi-final game against Barca, rounded Victor Valdes and booked his team’s place in the Munich final in May at the expense of the Catalan holders.

‘It’s the second Champions League final for Chelsea. Everyone knows what happened in the past with the penalty shoot-out [in the 2008 loss to Manchester United]. So, I think Chelsea deserved a second chance and we have the chance now.’

Torres admitted he never expected to get any chances, but expressed his delight at adding to his impressive goal scoring record of seven goals in 10 league appearances for Atletico Madrid against Barcelona.

‘I was playing almost as a left-back. The only chance we could have was on the counter-attack like this,’ said Torres.

‘One more goal against Barcelona. I have nice memories in this stadium, nice memories against them. But this one’s more special than any one before because it helped us to go the final. I am very happy to be part of the game, to score the goal.’