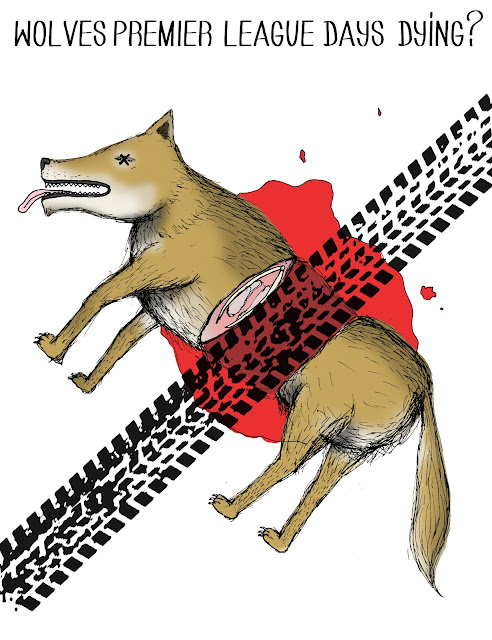 Wolves may look like a team with a one way ticket to the Championship following a run of seven consecutive defeats, but in-form midfielder Matt Jarvis has vowed to battle for every available point in the remaining five games of the season.

Wednesday’s 3-0 defeat against Arsenal has left Wolves nine points adrift at the bottom of the Premiership meaning that they could effectively be relegated by Monday if results don’t go their way, but Jarvis has insisted his side aren’t throwing in the towel just yet.

‘We will carry on working extremely hard and trying to get something from each game from now to the end of the season,’ said Jarvis. ‘Everything seems to have gone against us in recent weeks.’

‘In the last three or four games I think we’ve played well. As a team we have worked extremely hard and created chances and so many things just haven’t gone for us. But all we can do is keep going.’

Interim boss Terry Connor is without a win in the Premiership since stepping in to replace Mick McCarthy in February and Jarvis is determined to get all 3 points for TC when Wolves face Sunderland this weekend.

‘We will make sure we go there in good spirits and give it another go,’ Jarvis added. ‘We can all see the league table but we will just keep going and giving it our best. We want to get a win for the fans and for ourselves but we also want to give TC his first Premier League win as a manager.’

Can TC mastermind a great escape or are Wolves Premiership roadkill?