Has Harry Dodged a Bullet? [picture] 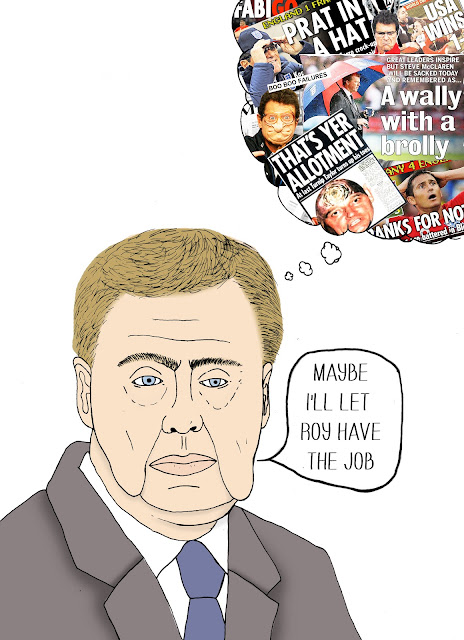 The news that the FA appointed new England manager Roy Hodgson without having made any approach for tabloid favourite Harry Redknapp came as a shock to many, but the Tottenham boss has insisted he is a ‘lucky man’ and has no hard feelings about being overlooked.

Speaking ahead of the FA’s appointment Redknapp stated: ‘I don’t hold grudges, I don’t feel like that. There’s no problem. If Roy takes the job I wish him all the best. He’s a great guy. I’m sure he’ll be a big success.’

‘I still think England’s got some great players, I really do. I think there’s some fantastic players in this country, some young players coming through, some great experienced players.’

The decision to appoint Hodgson means that Redknapp escapes any potential roasting at the hands of the media that has fell upon previous England managers when the national team inevitably fails to live up to expectations.

Roy Hodgson’s tenure as England manager was barely a day old when he was greeted by a front page headline stating ‘Bwing on the Euwo’s’ in the Sun, cheerfully mocking his speech impediment and providing a taste of things to come.

Redknapp is at present the darling of the press, a position which could have come under threat if he had taken the poison chalice of becoming manager of the perpetually underachieving England team.

Has Harry dodged a bullet on this occasion?