Life in the Old Drog yet [picture] 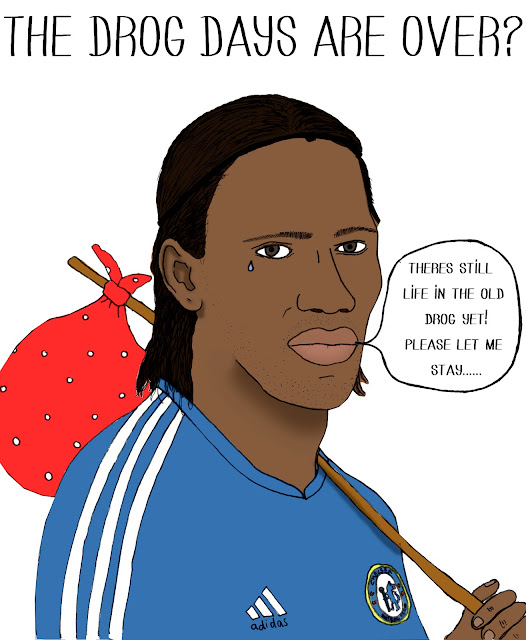 Frank Lampard has spoken out in support of fellow Chelsea veteran Didier Drogba, urging his club to agree a new deal with the Ivorian whose current deal expires at the end of the season.

Drogba has already rejected the offer of a 12-month extension to his current contract in the hope he can secure a deal that will keep at the Bridge for a further two years, but the club has so far refused to meet his demands meaning he could be heading towards the exit door this summer.

Since joining from Marseille in 2004 Drogba has been a fan favourite with the Blues thanks to the instrumental role he has played in their successes over recent years and Lamps hailed the contribution he has made during his time at Chelsea whilst emphasising that he is not a spent force.

‘I am desperate for him to stay,’ said Lampard . “He is a magnificent player. He’s a machine. His body is a machine when you look at him stripped down. He’s lost no pace, he’s lost none of his finishing instinct.’

‘But as a man I love Didier and whatever he decides to do, whether he stays or whatever, he has been a hero for this club and will go down as a legend. He is an absolutely fantastic player.’

‘The amount of important goals he has got for us in cup finals and big games throughout his career makes him an icon and historical figure at Chelsea, without a doubt.’