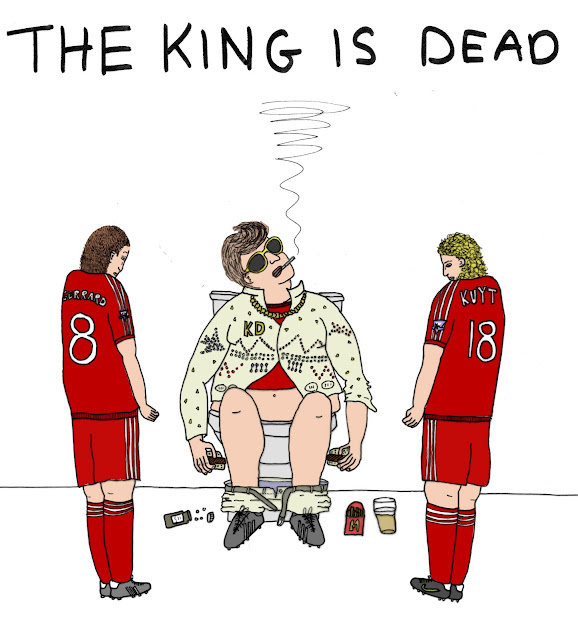 When Kenny Dalglish replaced Roy Hodgson as Liverpool manager in January 2011 he admitted he faced a ‘big challenge’, but it was expected that the Kop legend would be allowed a long spell on his Liverpool throne.

King Kenny had waited 20 years to make his comeback special at Anfield, but after delivering Liverpool’s worst Premiership finish in 18 years he was given his marching orders by American owners Fenway Sports Group.

Swayed by the will of the Liverpool fans FSG followed the managerial selection template previously employed at Newcastle with Kevin Keegan and Alan Shearer, by appointing a terrace hero in an attempt to revive the glory days.

Reaching the FA Cup Final and securing Liverpool’s first trophy in  six years by lifting the Carling Cup was not deemed good enough to make up for a dismal Premier League campaign and now the Boston based owners will attempt to find the right man to bring Champions League football back to the club.

Roberto Martinez, Andre Villas-Boas and Fabio Cappello are amongst the favourites to replace King Ken and the club has announced that it will talk to as many as twelve candidates before making a decision, although three of the most popular candidates have already publicly ruled themselves out of contention.

In the wake of Kenny’s departure from the club there has been an upsurge in support from the return of another of Liverpool’s prodigal son’s, Rafa Benitez. The Spaniard is currently unemployed, living in Wirral and like Dalglish is a fan favourite at Anfield.

Is it time for the return of King Beni(tez)?