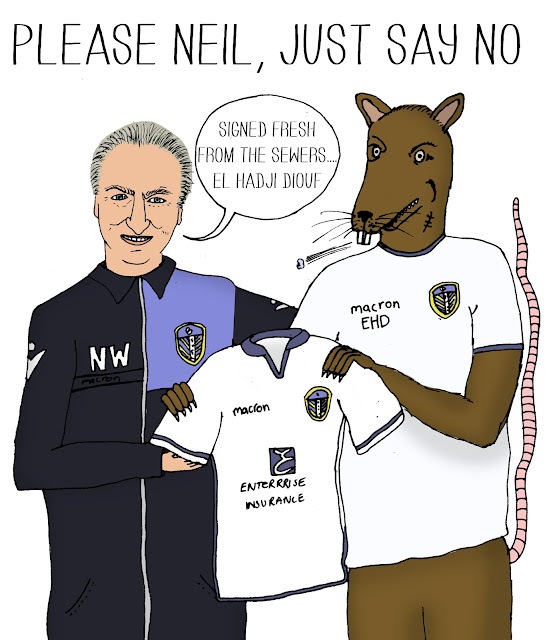 Leeds United manager Neil Warnock has refused to rule out making a move for El-Hadji Diouf despite having labelled the controversial striker a ‘sewer rat’ during his time managing QPR last season.

Diouf recently expressed his desire to join the Elland Road side on a free transfer and believes if given the chance he could establish an effective strike partnership with Luciano Becchio stating: ‘Becchio is a good, intelligent player. I’m sure he and I could link up well at Leeds. It would be ideal for me.’

The move would come as a surprise to some considering the bad blood between Diouf and Leeds boss as a result of an incident during QPR’s FA Cup clash with Blackburn last January in which Warnock accused the Senegal star of abusing Jamie Mackie while he lay on the pitch with a broken leg.

However when speaking to Sky Sports News Warnock would not be drawn on the reports linking Diouf with a move to Leeds stating: ‘You can keep asking me all day but I’ve said all along we’re not going to say anything about speculation.’

‘I am hoping to sign my first player tomorrow so that will be the first time I admit to talking to anyone. I’m at Leeds United. It’s a club I’m going to do the best I can to bring the right players into the club and you’ll have to wait to see if he is one of those targets or not.’