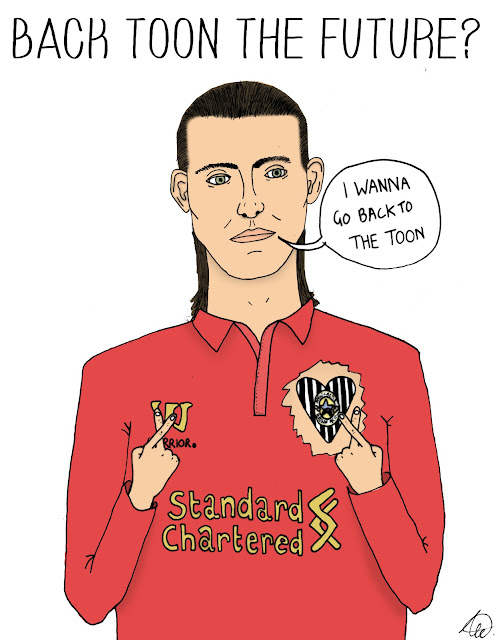 Liverpool manager Brendan Rogers has made it known that bids to buy Andy Carroll will be considered by the club, opening up the possibility that the striker could be making a return to the Toon just 18 months after his £35 million record breaking transfer away from the club.

A season-long loan bid from Newcastle was rejected yesterday by Liverpool, but it has been suggested that the 23-year-old would be keen on a move back to his hometown club following the revelation that he is unlikely to feature heavily in Rogers plans as he looks to bring his intricate passing style of football to Anfield.

Newcastle’s loan offer is understood to have been minimal and is expected to be a precursor to a more serious bid later in the transfer window. Some have speculated that the loan offer agreed by Mike Ashley was a ploy to tug on the heart strings of Andy Carroll and encourage the striker to play his part in making the transfer a reality.

The release clause in Demba Ba’s contract combined with the departures of Peter Lovenkrands and Leon best could mean that Alan Pardew will need to bring in attacking reinforcements this summer. The Magpies have been left frustrated in their pursuit of FC Twente striker Luuk de Joing, which might make the idea of bringing former terrace hero Carroll back to Tyneside more appealing.

The highest offer Newcastle would be expected to make for Carroll is around £15 million, which would be an exceptional bit of business for Mike Ashley. Whether Liverpool would be willing to accept such an offer remains to be seen, given the humiliation they have suffered after paying what turned out to be a massively over inflated figure for the striker in back in January 2011.