No DB in Team GB [picture] 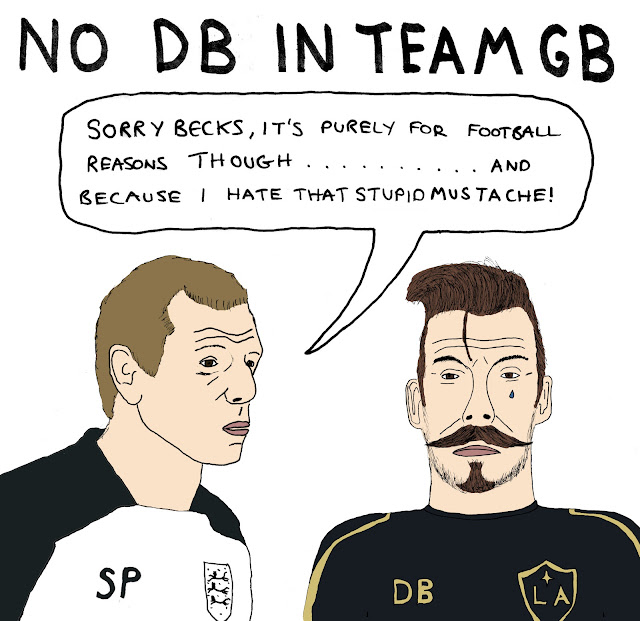 Stuart Pearce has explained his reasons for leaving David Beckham out of the Team GB squad for London 2012, citing that he made the decision based upon football grounds.

Many believed that Beckham might get the call as thanks for the talismanic role he played in promoting the Olympics, however Pearce stated he has chosen the players he regards are the best and had no room for sentimental inclusions.

‘Form plays a big part and I don’t think there is a manager around who picks on sentiment,’ he said. ‘I have to be comfortable when I have made decisions based solely on football grounds alone, nothing else.’

Pearce has chosen Craig Bellamy, Ryan Giggs and Micah Richards ahead of Beckham as his three over age players and also ruled out the possibility of the LA Galaxy midfielder being used in a coaching role during the Games.

Speaking about his decision Pearce said: ‘I’m more than happy with the three over-age selections I’ve picked in regard to that and I think they stand up to any scrutiny because of the seasons they’ve had in the Premier League.’

‘You have to make big calls and whilst I would say David not being in the squad is a big-ish call, from the offset I was only ever going to pick on what I see with my own eyes in regard to footballing reasons.’

Speaking to BBC Sport in May Beckham stated his belief that he had a good chance of being picked in the squad based on merit and has spoken of his disappointment in missing out on representing Team GB.

‘Naturally I am very disappointed, but there will be no bigger supporter of the team than me,’ said Beckham. I would have been honoured to have been part of this unique Team GB squad. Like everyone, I will be hoping they can win the gold.’

Like Flaminghairdryer on Facebook
Buy FHD Artwork!
Previous articleTakeover Tuesday – The end of Ken?
Next articleThe Ox – A Natural for England