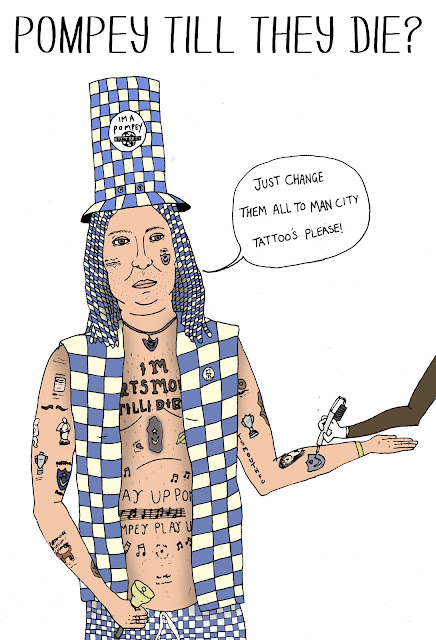 Trevor Birch has set Portsmouth football club a deadline of August the 10th to have their finances in order. It is believed that unless numerous senior players agree to transfers or wage cuts the South West club will be forced to close.

Portsmouth are due to start their League One campaign on the 18th of August and currently only have 7 senior players, who all now are looking for new clubs to raise money to save the club. Pompey took none of the senior players on their pre-season tour, instead taking a team of ‘youngsters and trailists’ to Spain.

With Portsmouth’s senior squads wages are crippling the club in its delicate financial situation, Portsmouth defender Greg Halford took to twitter to explain why he and his teammates are simply not tearing up their contacts, tweeting:

‘People asking me to tear up my contract need to know. I’m more than willing to do that!!!! But if I do it leaves the club in a worse situation. The best thing for me to do for the club is to try and get a fee from another club for my services ad pay of outstanding debts instead of making even more debts for the club. Its been the hardest thing I’ve ever gone through and it kills me to see the club like this but that’s How it stands at the moment. I love this club and I want to see it survive!!!!’

Although Halford is willing to do anything to save Portsmouth, players owed larger amounts of money such as Kanu and Tal Ben Haim may not be so willing. Former manager Harry Redknapp has vowed to try and help Portsmouth, by contacting one of his signings Kanu over his claim for £3million in pay.

Redknapp told ESPN: ‘I will be ringing Kanu today to see if there is anything I can do. I signed him for Portsmouth on a one-year contract and Tony Adams told me: ‘You must be mad, he is finished.’ Six years later, he is still there. Portsmouth has got to be saved. It’s a great club with great traditions. It would be a disaster if this club went out of business.

Undoubtedly the people who would be hit the hardest by the closure of Portsmouth are the dedicated fans who have seen their club plummet since reaching the Europa League and winning the FA cup in 2008 to been deducted points and relegated to league one last season.

I feel especially sorry for Mr John Portsmouth Football Club Westwood, Portsmouth most famous fan. John can be seen at Fratton Park road with his 63 Portsmouth tattoos, blue and white chequered stovepipe hat, blue and white wig, bugle and handbell. John has the words ‘Portsmouth till I die’ tattooed across his chest, sadly though it looks like Portsmouth may be dying on him.