The Ox – A Natural for England 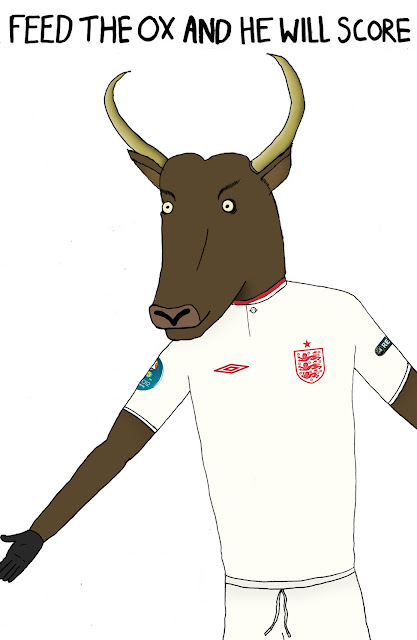 England’s latest young starlet, Alex Oxlade-Chamberlain was only 18 when he made his debut against Norway. He followed this with a surprise call-up to the England squad for Euro 2012, making him the second youngest England player of all time in the European Championships. In all time, only ten players have been called up to the England team at a younger age. We are sure he will continue to put on the England football kit for many years to come.

The Ox, as fans like to call him, has followed in the footsteps of Theo Walcott – both started out playing for Southampton before good performances earned them a big money transfer to Arsenal and a surprise call-up to the England squad for a major championship. Development continued under Arsene Wenger’s astute management before Alex made his first team debut for Arsenal as a substitute against Manchester United in August 2011.

His debut was the only bright spot in that game, which ended with a heavy defeat for Arsenal (8-2), but that did not harm his development and soon afterwards he scored his first goal for Arsenal in a League Cup game (against Shrewsbury), which was swiftly followed by goals in the Champions League (against Olympiacos) and the Premier League (against Blackburn). By the end of his first season with Arsenal he had made 26 appearances with four goals and three assists for the London club and was already a firm favourite with the fans.

Not only has Oxlade-Chamberlain taken to domestic football, but he has also had a rapid rise through the international ranks. His first call-up was for the England Under-18 squad in November 2010, where he played the first 45 minutes against Poland. Shortly afterwards he progressed through the Under-19 team and onto the Under-21s.

Even though he is still young, he is a physically strong player. In fact, his school mainly played cricket and rugby and rugby union team London Irish offered him a trial, but he was in the academy at Southampton and they would not let him go at the time. With his strength and natural talent he would probably have been a success at that sport also.

Alex Oxlade-Chamberlain has quickly become a fans favourite as well as receiving glowing plaudits from senior professionals and pundits. It seems that it is not a matter of if he becomes a permanent, and important, member of the England team but when that will happen. All England fans will hope that he continues his meteoric development and soon be one of the first names on the national team sheet.