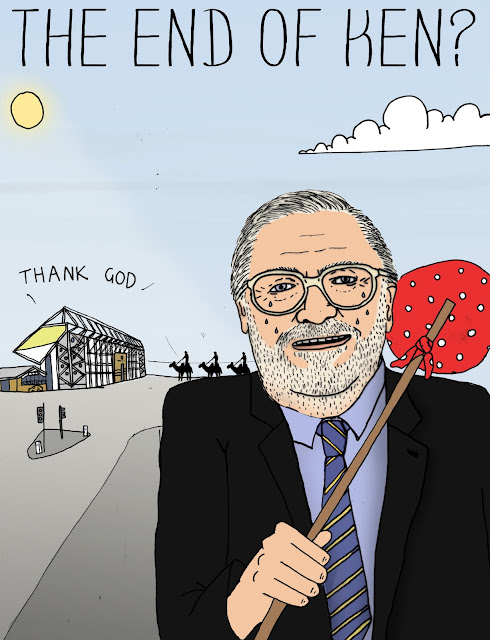 With takeover talks dragging out across the Summer and into this season, Leeds United supporters may have began to question whether they would ever see the back of Ken Bates. However, the saga could be about to reach a conclusion with reports stating that Leeds are on the brink of a deal with Middle-Eastern investment bank Gulf Finance House.

The Santa Claus look-a-like has not always been a bringer of merriment and good cheer to fans of the Yorkshire club, but after months of speculation, uncertainty and unrest the announcement from Bates last Saturday that he was in talks with a group from the Middle-East would have been music to their ears.

Bates was seen entertaining four businessmen at the Nottingham Forest game last weekend and this morning a letter was released confirming that Gulf Finance House have signed an exclusive agreement to lead a takeover of Leeds United, thereby bringing an end to Ken’s seven year ownership of the club.

The letter stated: ‘Further to the news published in the Gulf Daily News on the 25th and 26th Sep 2012, referring to the proposed acquisition of Leeds United Football Club (LUFC), GFH would like to confirm that GFH Capital Limited, a 100% subsidiary of Gulf Finance House, has signed an exclusive agreement to lead and arrange the acquisition of Leeds City Holdings, the parent company of LUFC.’

Chairman of the Leeds United Supporters Trust, Gary Cooper hopes that the takeover could bring about a return to the glory days. Speaking about today’s developments, he said: ‘The trust has been calling for the potential buyer and the club to say something and this is what we’ve all been waiting to hear. It’s been a long, long summer for Leeds fans who have heard very little.’

‘We knew these talks were going on and with neither side willing to say anything it’s been frustrating. So we’re really pleased GFH have finally come out and said something. It appears now that this deal is close to being completed. We always understood that this was going to be a takeover and we all hope now that the new owners share our ambitions for the club.’

‘We’re hoping for investment in the team and for Leeds United to be glorious again. These people are first and foremost businessmen, hopefully sharing our vision, but expecting a return on their investment and the Premier League offers vast riches if the club can get it right on and off the field.’

Anyone looking for a one stop shop for a uk online casino need look no further than onlinecasinos.co.uk!