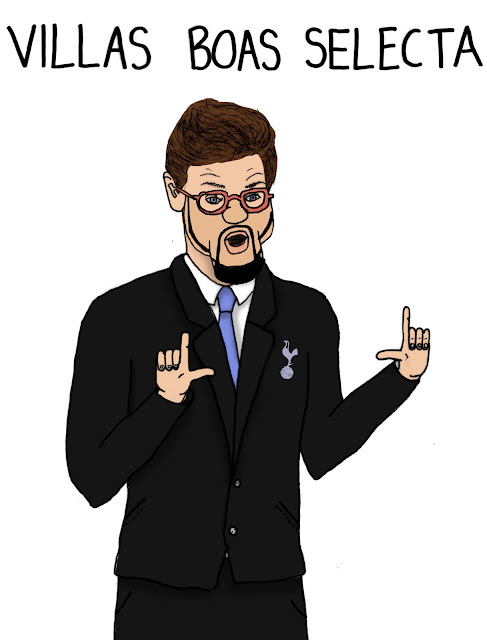 Tottenham manager Andre Villas-Boas is ready to face up to the club that sacked him after only nine months in charge, when Chelsea visit White Hart Lane for the lunchtime kick off fixture this Saturday.

After a shaky start the Portuguese manager has led Tottenham on a run of four consecutive wins, including a historic victory at Old Trafford. A win this weekend would move Spurs to within two points of Premiership leaders Chelsea, who are the only side left in the league yet to suffer a defeat.

Despite his unceremonious exit from Stamford Bridge last season, AVB has insisted that he isn’t motivated by thoughts of revenge, however his players could be as a result of the conclusion of last season. Tottenham’s top 4 finish had earned them a Champions League place, which was then snatched away when the Blues won the competition.

‘In the end there is one thing which has been to a certain extent blown out of proportion in some ways this is certainly not a personal matter,’ Villas-Boas said. ‘It counts as three points. It doesn’t win us a trophy.’

‘To a certain extent I feel this is much more about Tottenham in the sense that it is the team who took this club out of the Champions League. This is the team who prevented this team from playing in the FA Cup final last year, with a result that we know. So, in the end, we certainly have ingredients for it to be a spectacular match.’

‘I’m going to see people who mean a lot to me, people who are part of my development as a coach. I certainly feel I have become a better coach because of them. They have helped me a lot on my development of career. People who gave everything for me, obviously it is special to encounter any team you have played or belonged to in the past.’