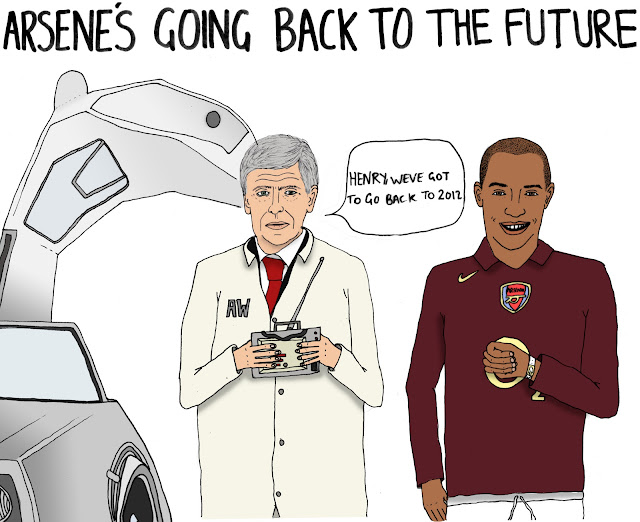 Arsene Wenger has confirmed his interest in bringing Thierry Henry back to Arsenal for a third spell at the club in January in order to compensate for the effect that the African Cup of Nations will have on his striking options.

Henry is currently training with the Gunners in order to keep up his fitness following the end of the MLS season and the Arsenal manager is hoping New York Red Bulls forward could recreate the successful loan spell he enjoyed last season in which he boosted his club record goal tally to 228, scoring two goals in seven appearances.

Wenger stated: ‘Will I sign him again in January? I don’t rule it out. I don’t know if he is interested. He is sharp. We will lose Gervinho again as they are playing in the African Cup of Nations two years in a row, so we will be confronted with a shortage particularly if Marouane Chamakh should go. I cannot stand in his way, then we will be short.’

‘You know what Thierry gives you. he gives you hope especially when he comes on, that is the most important thing. Thierry is a communicator, an extrovert, very intelligent. He can only give good advice to players because he was in their position when he arrived here.’

Fellow Frenchman Oliver Giroud spoke of his desire to play alongside the Arsenal legend stating that: ‘Henry misses the enthusiasm around the Premier League. But he didn’t tell me if he will be back. It would be great joy to play with him.’