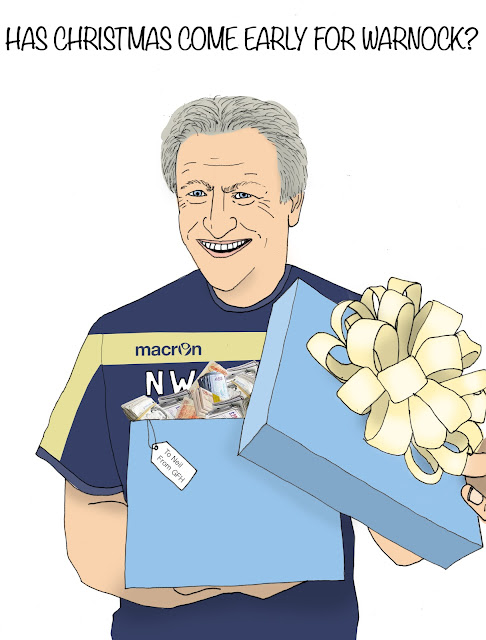 Neil Warnock must be thinking his Christmas has come early, after waiting almost six months the much speculated £52 million pound takeover of Leeds United has finally been confirmed. The deal with Dubai-based investment bank GFH Capital earlier this week has finally brought the feel good factor back to Elland Road.
Warnock has hailed the Leeds takeover as a ‘new era’ for the club, and with his new backing swiftly signed Alan Tate and Jerome Thomas on loan. Warnock’s new era could not of started with a tougher opponent, with Leeds playing top of the table Crystal palace who were on a  fourteen match unbeaten run.
However, Warnocks men managed to turn the form book on its head with a well disciplined 2-1 victory. Speaking after the match, Warnock said ‘I am absolutely delighted for the new owners. We deserved the win over the 90 minutes.’
‘We started the game very well and had to hang in there at times but our two new lads made the difference. Alan Tate is a good pro. He had a calming influence on us at the back and Jerome Thomas is as good as anyone in the Premier League, let alone the Championship.’
‘We needed the lift in confidence those two have given us. I am delighted for the new owners. They have given us all a massive lift. It alters everybody’s outlook when you beat a team that started the day on top of the league and we thoroughly deserved the three points. We coped well with a very strong side.’
‘Our two loan signings came in and did us proud. We needed a lift in confidence and Jerome Thomas and Alan Tate provided it. The atmosphere was like the Elland Road of old today.’
Leeds currently sit in 16th in the Championship yet are only six points behind the top 6, the completion of takeover earlier this week will hopefully prove to be the turning point in their season. At flaminghairdryer we have managed to get hold of an exclusive gif of Warnocks reaction at full time on Saturday.

Previous articleRDM set to Bounce Back at new Club after Chelsea Sacking
Next articleArsene’s Going Back to the Future with Henry, Again [picture]