Balotelli Out, David Villa in at Manchester City [picture] 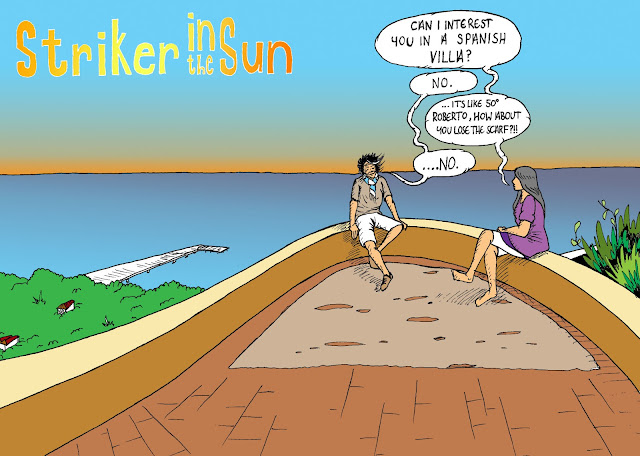 Barcelona striker David Villa has been linked with a move to Manchester City as a possible replacement for Mario Balotelli, who has made a £19 million transfer to AC Milan after two and a half years at the Etihad.

The Daily Mirror has reported that City will make a last ditch attempt to bring in Villa before the transfer window closes with an offer of around £15 million for the 31-year-old.

Balotelli’s departure leaves Mancini with only three senior strikers to choose from as his side aims to retain its Premiership crown and it is thought that both Manchester City and Arsenal would like Villa to bolster their attacking options.

Speaking about the impending closing of the transfer window, Mancini said: ‘We only have two days and it is difficult to buy a good player in this moment. It is difficult because I lost one important striker and that could be important in the next 14 games. But it is important for Mario to be back in Italy, back with his family and to play for Milan.’

Despite the fractious nature of his relationship with Balotelli, Mancini conceded he was sorry to see Mario leave the club and even went as far as to admit he would miss him.

‘We are sorry because we love him like a guy and like a player,’ said Mancini. ‘We did well with him – we won the FA Cup, Premier League and Community Shield, and it’s clear we are sad at the moment. I hope Mario can improve and can show he is ready because if he works hard he can continue his growing and can become one of the best players in Europe.’