Alan Pardeux’s French Signings Feel at Home on the Toon 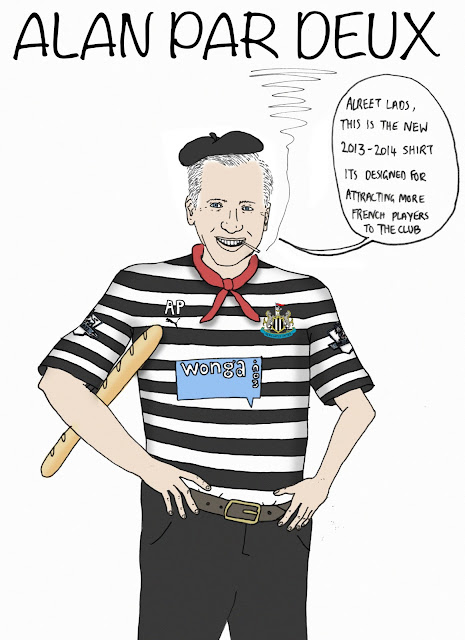 Moussa Sissoko has spoken of his the joy he has felt following the impressive start he has made in the two games he has played for the Toon since his transfer from Toulouse in the January transfer window.
The 23-year-old a brace in Newcastle’s game against Chelsea last weekend with his 90th minute winner helping his side to their first back to back wins in the League since April of last year. Judging from his first two game’s Sissoko has stated his belief that his style of football is perfectly suited for the Premier League.
‘I could never have imagined making such a good start to my time at Newcastle,’ said Sissoko. ‘At Newcastle, I have been asked to take the game to the opposition. I am playing in a more forward role and I can express myself.’
‘This is the championship for me. This is the one that fits my style best. The last few weeks at Toulouse were not easy, so when Newcastle offered me the chance to join in January then I did not hesitate.’
Manager Alan Pardew expressed his long term admiration of the Frenchman’s skills following the victory over Chelsea, stating: ”I don’t need to say anything about him because his performance said it all.’
‘I remember watching him for Toulouse 14 months ago and I thought he is definitely the one for us, if we can get him. We watched him and looked at him for a long time and we’d set our sights on him early, which is a good thing.’

With Sissoko being one of ten French players currently in the Toon squad it is little wonder he has had no trouble fitting in. In fact it would be no surprise if next season Newcastle switch the black and white stripes on their kit from vertical to horizontal so that they emulate the favoured wear of a traditional Frenchman.