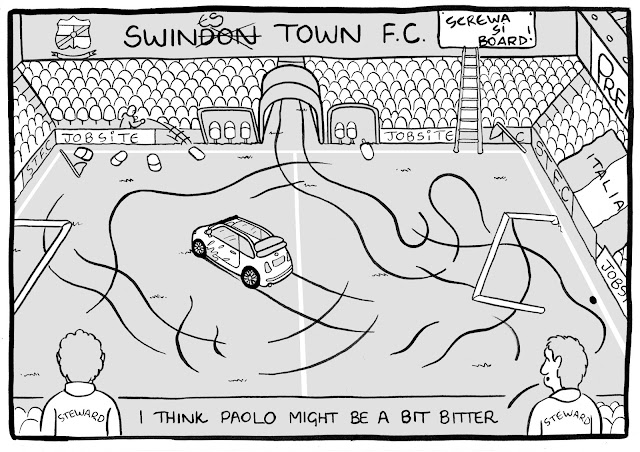 Paolo Di Canio has spoken out in regards to the allegations that he carried out a midnight raid on his old Swindon Town office during the early hours of Thursday morning, following his resignation from the club last Monday.

The League One side reportedly had to change the locks and security codes to the stadium entrance after Di Canio and three members of his coaching staff were caught on CCTV removing mementos of their time at the club and causing damage in their former workplace.

The Italian admitted that a ‘small amount of damage’ had been made whilst removing items from the County Ground, but was keen to assert that no force had been used during the process.

‘This is a complete distortion of what actually happened,’ Di Canio told BBC Sport. ‘I decided that I would clear my office of my own personal items at a time when no one else was there.’

‘I attended the County Ground with some of my technical staff who were still employees of the club and entered into my office to remove my personal items, including some pictures that I had asked the club to produce personally for me. ‘

‘These pictures documented the time when I signed for the club and our first pre-season and were personal to me.There was no force used in anything we did and the following day, Fabrizio Piccareta, along with some of my technical staff, went into the club to advise them of what we had done, offering to pay for the small amount of damage.’

‘In addition to this, there were a number of items that fans had left for signature, which were signed and given to the club.’