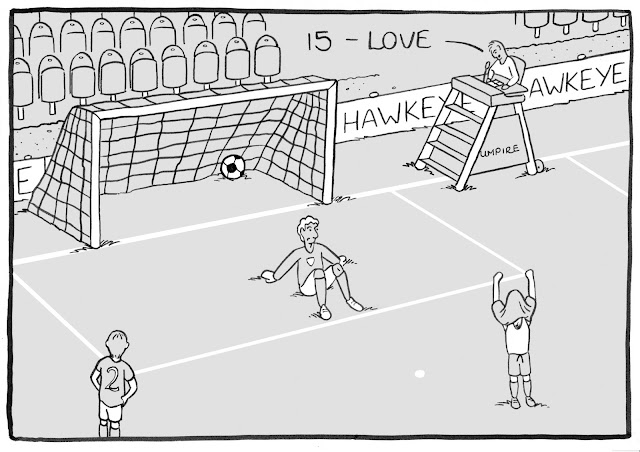 Goal line technology will be introduced in the Premiership, following an announcement from a Premier League spokesman confirming that all 20 clubs must have the equipment in place in time for the first game next season.

Debates over dodgy refereeing decisions in regards to the ball crossing the line are set to become a thing of the past when the new technology implemented minimises any opportunity for human error.

British based firm Hawkeye are in the running to provide the system that will be used in the Premier League as well as a number of German systems. Hawkeye uses six cameras to assess if the ball has crossed the line and then sends the referee the decision to his wristwatch within a second.

Speaking about the potential systems a Premier League spokesman stated: ‘We are in advanced discussions with two of the companies who provide the systems and we are working on the basis of having goal-line technology in place for the start of the season.’

‘All clubs will have to have the system to ensure the universal integrity of the competition, including those who are promoted.’

It has also been confirmed that the FA Cup could feature goal line technology next season in stadiums that have the facilities available as well as for the semi-finals and finals.

FA General Secretary Alex Horne said: It isn’t a decision but it is my view is that the technology in the building favours nobody.’

‘It is there for both teams to use, it is part of the infrastructure of the stadium. Therefore I would allow them to switch it on. It is a simple rule, it doesn’t advantage anyone. If it is in the building, turn it on.’