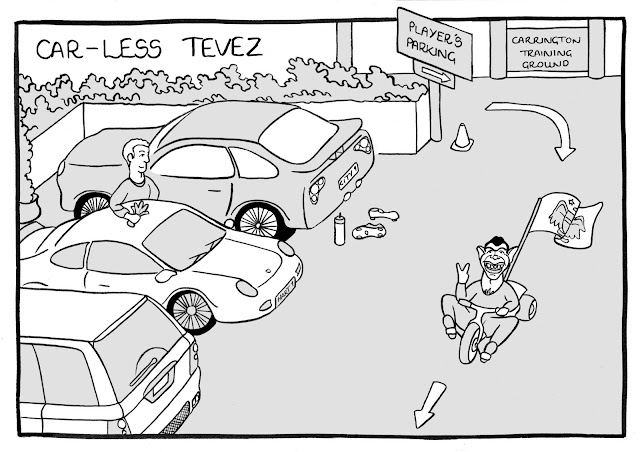 Manchester City star Carlos Tevez faces a possible spell in prison after being charged for driving while disqualified and without insurance today, with a six month jail sentence being the maximum punishment if found guilty.

The Argentine striker was arrested last week near his home in Alderley Edge after allegedly being caught behind the wheel despite having been given a six months driving ban seven weeks prior.

Tevez reported to Middlewich police station today and has been bailed until 3rd April upon which his case will be heard at Macclesfield magistrates court.
Chesire Constabulary released a statement explaining that they had: ‘charged a 29-year-old man from Alderley Edge with offences of driving while disqualified and driving without insurance.’
‘The man was arrested on the A538 in Macclesfield at 5.13pm on Thursday, March 7, and later released on police bail.’
‘He answered bail today at Middlewich Custody Suite and was formally charged. He will appear at Macclesfield Magistrates’ Court on April 3.’
It is understood that Tevez will be represented by Gywn Lewis who has earned the nickname ‘Merlin the magician’ because of his ability to make driving charges disappear for his clients.