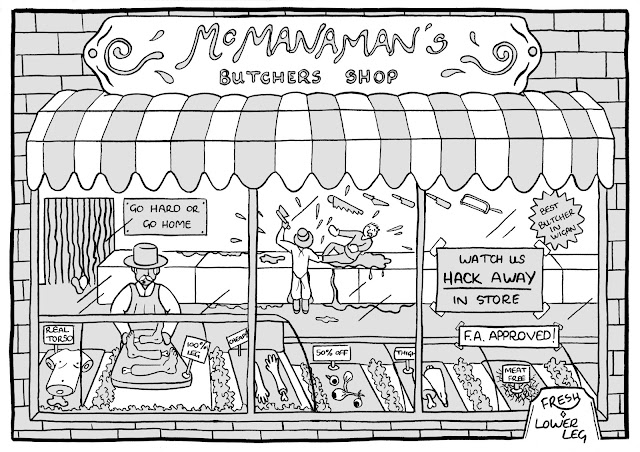 Newcastle defender Massadio Haidara could be back in action in under two weeks, despite being on the receiving end of a horror tackle from Wigan’s Callum McManaman in last Sunday’s game at the DW Stadium.

It was initially feared that the Frenchman could have been out for an extended period or even had his career ended such was the severity of the tackle, however following a scan it has been revealed that he has only suffered some minor bruising and soft tissue damaged.

A statement released by Newcastle reported: ‘We can confirm that results of the latest scan on Massadio Haidara show that the player has very fortunately escaped any significant bone or ligament damage following the dangerous tackle by Wigan Athletic’s Callum McManaman on Sunday.’

‘We are very pleased that the extent of his injury is less severe than first feared and is limited to bruising to the bone and soft tissue damage. Depending on the speed of his recovery he should be fit to play again in early April.’

McManaman received no punishment for the tackle due to referee Mark Halsey taking no action when the incident and the FA ruling that they would take no action either. The Toon were threatening to take legal action against the Wigan striker, but this is now less likely following Haidara’s return to fitness.