Luck Runs out for O’Neill in Sunderland job [picture] 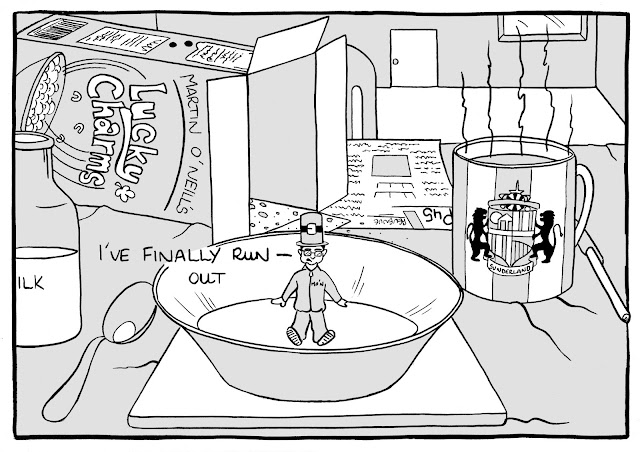 Martin O’Neill was sacked for the first time in his career on Saturday after a 1-0 home defeat against Manchester United left his Sunderland side a point off the relegation drop zone with seven games left of the campaign.

The Northern Irishman was seen as a the perfect manager to take the Black Cats forward given his previous successes and his boyhood support for the club, however after just 15 months in charge he has been shown the exit door by owner and chairman Ellis Short.

The sacking came as a shock to many with Liverpool manager Brendan Rogers calling into question the wisdom of the decision. ‘Whenever someone of the status of Martin O’Neill loses his job, then we all have to be on the back foot.’

‘This is a guy who has been in the game for many years, has many years experience, went into Sunderland and picked them up off their knees. Okay, they are going through a difficult time, but he is still a top-class manager.’

‘I hear the same things about Stoke and Tony Pulis. I think some clubs need to be careful. They need to understand where they are at.’

Former Swindon manager Paolo Di Canio has been announced as O’Neill’s replacement in what has been seen as a massive gamble due to his absence of experience managing in the top flight.

Speaking about Di Canio’s appointment Ellis Short stated: ‘Paolo is hugely enthused by the challenge that lies ahead of him. He is passionate, driven and raring to get started.’

‘The sole focus of everyone for the next seven games will be to ensure we gain enough points to maintain our top-flight status. I think that the chances of that are greatly increased with Paolo joining us.’