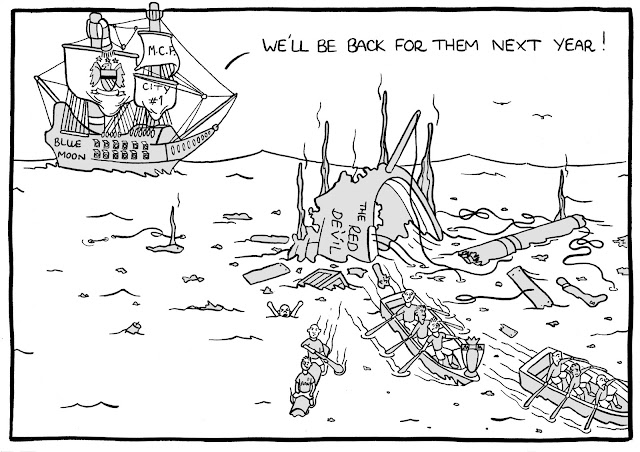 Given their failure to make it past the group stage this season anyone betting on the Champions League would be wise to steer clear of Manchester City, however manager Roberto Mancini is tipping his side to bounce back after a disappointing season.

City have failed to build upon last season’s success in the Premier League allowing United to build an insurmountable 12 point lead at the top of the table with only seven games to go and Mancini is already thinking ahead to next season after conceding the title race is now over.

Speaking after Monday’s 2-1 win over United, Mancini stated: ‘We know that we can win the title next year. This year we did some mistakes but now we can do nothing, the season is gone.’

‘It is important that we continue to win, we have another seven games. For now we need to play like this. For next season we have two or three months where we can work well and where we can improve our team.’

Mancini gave credit to Alex Ferguson’s side admitting that they will be deserved Champions this season, but was keen to emphasise things will be different next time around.

‘No. I think that we showed this tonight,’ said Mancini. ‘We can’t be 15 points behind. We can say United won a lot of games. They lost their last League game against Norwich a long time ago so they deserve to win this title.’

‘This win is important for us because it can help us for second position. We deserved to win because we played better. We played good football. We didn’t take any risk.