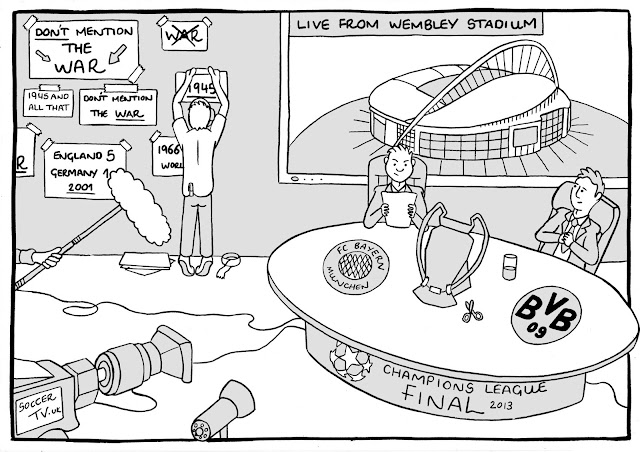 Bayern Munich will try and make up for the disappointing penalty shootout defeat against Chelsea in last year’s Champions League final as they take on fellow German side Borussia Dortmund at Wembley tonight.

The Barvarian’s feature in their third Champions League final in four years defeats in 2010 and 2012, but go into tonight’s game as firm favourite’s having dominated the Bundesliga this season.

Jupp Heynckes has the opportunity to end his tenure as Bayern coach on an ultimate high, by adding the Champions League trophy to his triumphant league success which he has described already as ‘the best season in 50 years of the Bundesliga.’

‘This is special for Bayern and for the team,’ Heynckes said. ‘You have players who are a little bit older and for them it would be the crowning achievement of their careers. For me too, but I’m a little more relaxed about it. There’s a little more distance because I won it before.’

‘We hope of course that Wembley is better and that the stadium brings us luck,’ Heynckes said. ‘Last year we were the better team. Perhaps tomorrow the football gods are with us.’

Previous articleBenitez Ready for new Project After Bolstering C.V at Chelsea [picture]
Next articlePhillips not Ready for Retirement yet [picture]