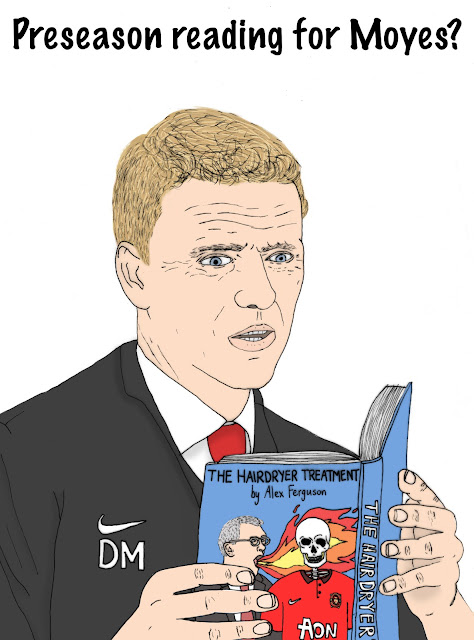 David Moyes faces a baptism of fire in his new role as Manchester United manager after today he found out he will face Chelsea, Liverpool and Manchester City within his first five Premiership games in charge.

The Premier League fixture list revealed that United will take on Swansea in their opening game at the Liberty Stadium, followed by Chelsea at Old Trafford in what could be a season defining fixture.

Moyes has a massive pair of boots to fill succeeding Sir Alex Ferguson’s 26-year trophy laden tenure at United and the pressure will be on from day one next season to continue the successes of the Ferguson era.

After taking on Mourinho’s side Moyes will be back on Merseyside to face Liverpool in another tricky fixture which is sure to test his mettle. United then have Crystal Palace at home followed by a trip to the Etihad for the first Manchester derby of the season.

United fans will be hoping there is a smooth transition that will ensure they can retain the Premiership crown and some believe that Moyes’ ability to command the respect of the players could play a large part in determining whether the Scotsman sinks or swims at Old Trafford.

His predecessor was known for his no nonsence approach as well as his famous ‘hairdryer treatment’ that helped inspire so many victories and Moyes may need to develop a hairdryer treatment of his own in order to prosper at United.