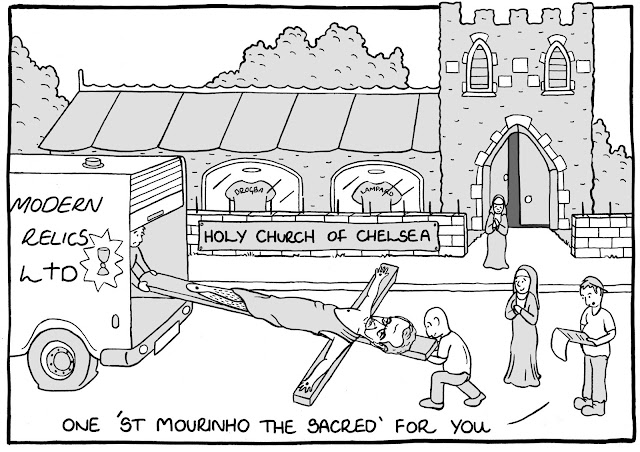 When Jose Mourinho announced his intention to return to a place ‘where people love me to be’ next season just over a month ago, there was little doubt about which club he had his mind set on. So it came as little suprise when Chelsea confirmed the Special One would managing at Stamford Bridge once again yesterday.

The three years and two months that Mourinho spent managing Chelsea the first time round was the longest he has ever at one club without moving on and he was keen to stress that he is in it for the long haul this time.

Chelsea owner Roman Abramovich is known for changing managers at the drop of a hat, but Mourinho is hoping he can give the Blues the stability they have lacked throughout the majority of the Russian’s reign. Despite the perception that the two men rarely saw eye to eye during Mourinho’s first Chelsea tenure, he has claimed to have kept a ‘fantastic relationship’ with the yacht aficionado.

‘They need stability, stability I hope I can give them and between me, the owner and of course the club, we have no doubts about what we want to do and the approach we want to have.’

‘I am the same, physically the same, but every day you have to think about yourself and about evolution. I have the same nature but I’m much more mature with a different approach to things, I’m more ready to be in a club and stay for a long time.’