Despair in the Departure Lounge for Bale [picture] 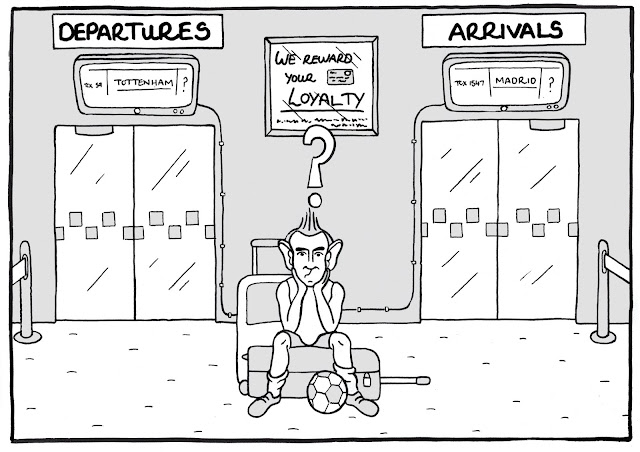 Gareth Bale looks set to be playing in a white shirt yet again next season, though it could well be for Los Blanco’s rather than Spurs if recent reports are to be believed. Spanish sports newspaper Marca have quoted a strongly worded statement allegedly from the Welshman that if true would leave no doubt as to his intent on a transfer to Real Madrid.

Tottenham manager Andre Villas-Boas is desperate to hold on to his star man and is still hopeful that he can convince Bale to extend his stay at White Hart Lane. The 24-year -old signed a new contract with the North London club last summer, but after a season of incredible performances he has become a major transfer target for the biggest clubs in Europe.

‘Talks are ongoing but that doesn’t mean there is an agreement. At the moment we’re confident that the player is under contract at Tottenham, as was done last year. It’s something that we’re speaking about, but there aren’t any developments.’