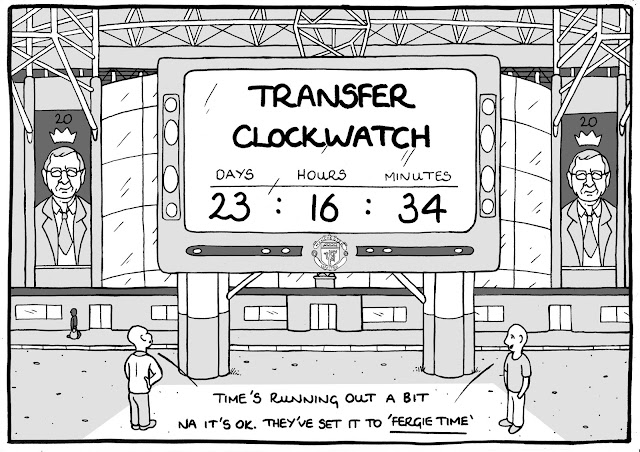 Having only made one new signing since last season it has been an underwhelming transfer window for United so far this summer. The drawn out attempts to prise Cesc Fabregas away from his beloved Barcelona have proved futile and it is beginning to look as though there will be no marquee signings akin to last years £24 million deal for Robin Van Persie.

Former Untied defender Gordon McQueen has even spoken of the unlikelihood of any ‘big-name’ players arriving at Old Trafford, stating that: ‘United fans have been warned, and they must accept that signings like Robin van Persie are one-offs. I still don’t know how we managed to get him from Arsenal last season. I’m sure David will make a signing or two before the end of the transfer window, with a midfielder the priority, but the fans might be disappointed that it’s not a big name.’

Moyes is understood to have a goalscoring midfielder at the top of his transfer wish list and after receiving the cold shoulder from Fabregas has now turned his attention to Luka Modric according to The Guardian. A fee of at least £25 million has been suggested for the Croat, whose first season at the Bernabéu saw him struggle to maintain a regular place in Madrid’s starting line-up.

With only three weeks of the window left and his search for an attacking midfielder looking increasingly fruitless, Moyes could well be wishing for a bit of additional Fergie time in order to get some transfers pushed through.