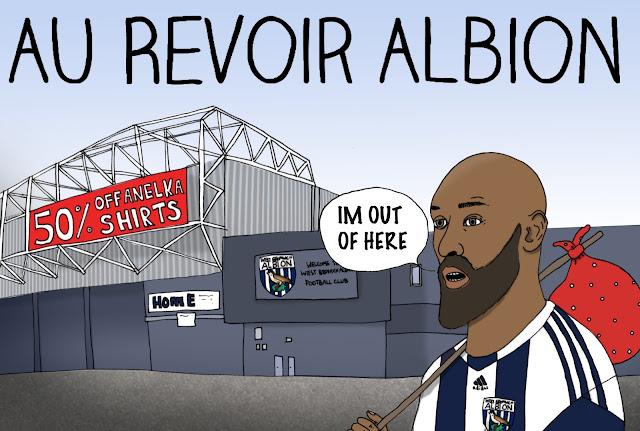 When signing for West Brom this Summer Nicolas Anelka stated his intention to finish his career in England and it would seem he is sticking to his word. The Frenchman has indicated he might choose to retire following the death of his agent Eric Manasse, though Baggies manager Steve Clarke is hopeful he will continue playing for the club.

Anelka has been given compassionate leave from Albion following the sad news about his agent and is understood to be contemplating his future. Steve Clarke has since confirmed that Anelka has talked of retirement, stating: ‘I’m not going to deny that he used that word. But we’ve given him time to go away and think about it. I don’t think we could do more in the circumstances.’

There were reports that Anelka had angrily stormed out on Albion, however Clarke has quashed the rumours as untrue. Clarke shed light on the situation stating that Anelka spoke with both him and technical director Richard Garlick about his situation.

‘That is as much as there is to tell on the situation. It wasn’t dramatic, there was no big bust-up, he didn’t storm out of the training ground. It is just a boy who is really quite upset.’