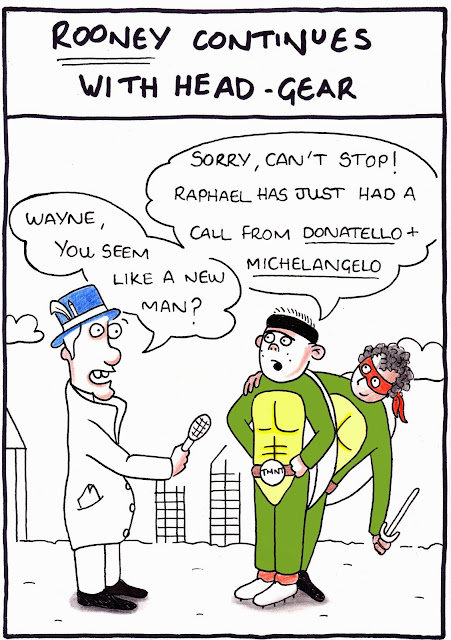 Wayne Rooney has had a dramatic return to top form that has coincided with the wearing of a protective headband to protect a bad gash to his forehead, in which he has scored three goals in the space of four days.

David Moyes may wish for him to wear it for the rest of the season if it means he continues to play so well. However, not all of the credit can go to the headband and David Moyes has praised the performances of the England striker who had looked set to leave United this Summer.

Speaking ahead of the Manchester derby this weekend Moyes said: “I think we just go step by step. If he could score another two goals at the weekend that would be the next step forward wouldn’t it?

‘He’s played really well and we want him to maintain that. If anything I’m asking him to step up again. I want him to keep getting better.’

‘Wayne trained really hard and was in great shape just before he damaged his hamstring in Thailand – I told you that but I don’t know if you all believed me. We thought he was going to be OK, but it wasn’t.’

‘We kept him working really hard. Well, he did that, I should say. He was in really good shape. I was really impressed with the condition he was in and the work he did in pre-season. He is getting the fruits of that. He’s worked hard and is showing everyone exactly what he can do.’