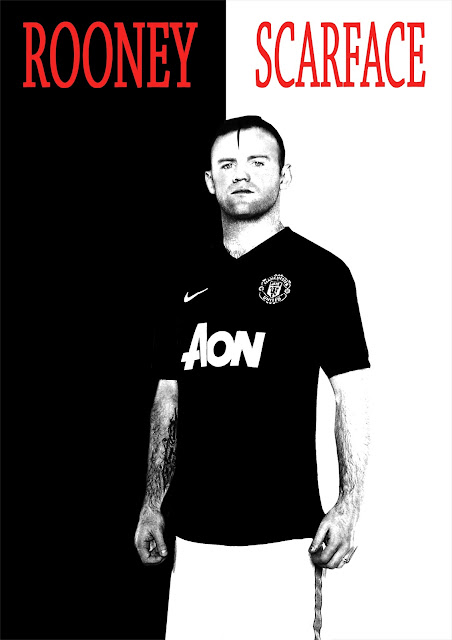 Wayne Rooney refused to comment when asked last night about the speculation linking him with a move to Chelsea over this summer’s transfer window. The United forward was irked by the repeated questions of ITV’s Gabriel Clarke which pushed him to confirm if he is commited to playing at Old Trafford in the long term.

Rooney was interviewed after playing an intergral part in United’s 4-2 victory over Bayer Leverkusen in which he scored twice as well as getting an assist for Antonio Valencia’s goal. He was happy to talk about netting his 200th goal for United, but Clarke’s questions about his future struck a sour note.

After being asked if he is happy playing at United, Rooney stated: ‘Listen, I’m concentrating on my football as I’ve done all summer. I’ve got my head down and I’ve worked hard to get myself fit and ready for the season, so I’m delighted in the way I’ve come back and delighted I’m back playing and scoring goals.’

Clarke then asked if he had ever requested to leave the club, to which Rooney answered: ‘Listen, I’ve just told you. I’ve been concentrating on my football which I’ve been doing all summer.’

United manager David Moyes was full of praise for Rooney after reaching the milestone of 200 goals for the club and went on to say that he could go on to be one of the all time greats for the club.

‘Wayne Rooney could join the real greats with his goal-scoring,’ said Moyes. ‘If he keeps playing like he did he will get there. He was very, very good. He looks like he is moving as well as he has done. He is in a good place himself at the moment and obviously any centre-forward who is scoring goals feels good about himself.’

Check out these online betting offers if you are going to take a flutter this weekend.