Hodgson’s Underdogs Ready to be Unleashed Against Germans [picture] 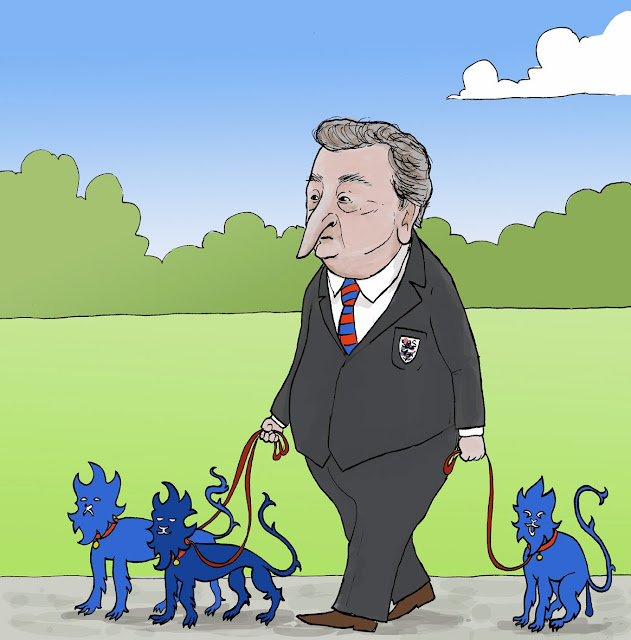 Roy Hodgson is hoping his England side can bounce back from their defeat against Chile last Friday with a win against Germany at Wembley tomorrow night. The old enemy are among the favourites to prosper in Brazil next summer and we should be able to gauge how far off pace the Three Lions are following the result.

Speaking earlier today, Hodgson said: ‘We will be doing our level best to send them home empty handed. I fully believe we’ve got a great group of players. I believe in the team. I believe in what we’re trying to do as a team. If you’re going to prove you’re as good as any opponent, there’s only one way to do it. It’s on the field. We’re all fully aware of that.’

There will be nine changes made to the side that started against Chile. Joe Hart will be back in goal hoping he can prove himself and avoid ending up on the scrapheap with the multitude of previous failed England goalkeepers. Hodgson will be hoping his underdogs can prove they can compete with the best teams in the World.

‘We’ve got it all to do. They’ve got a lot to do as well, because, at the moment, I believe they and Spain are the two absolute favourites, out of the Europeans, to win the World Cup. There’s pressure on them, maybe in a different way. Our pressure is to try to show we’re a team.’

‘The pressure’s off in the sense it’s not a qualifying game, it’s not a tournament game. It’s a game where all the players are trying to show how good they are and what a good team they’re playing for. That often makes for a very good game.’

Hodgson has chosen Wayne Rooney and Daniel Sturridge as his striking duo and he is eager to see them cause the German defence some problems, stating that: ‘I am looking forward to seeing them more than the German defence will be. Those two players could carry a lot of responsibility going forward for our attacking threat because they both have such enormous potential and talent.’

‘Hopefully, there will be others breathing down their necks but I was really happy with those last two qualifying games when the pressure was on us and we had to get results. They did well for us and it will be nice to see them tomorrow but I don’t envisage them playing 90 minutes together.’

Artwork by by Steve Tillotson of Banal Pig comics