No World Cup for Walcott [picture] 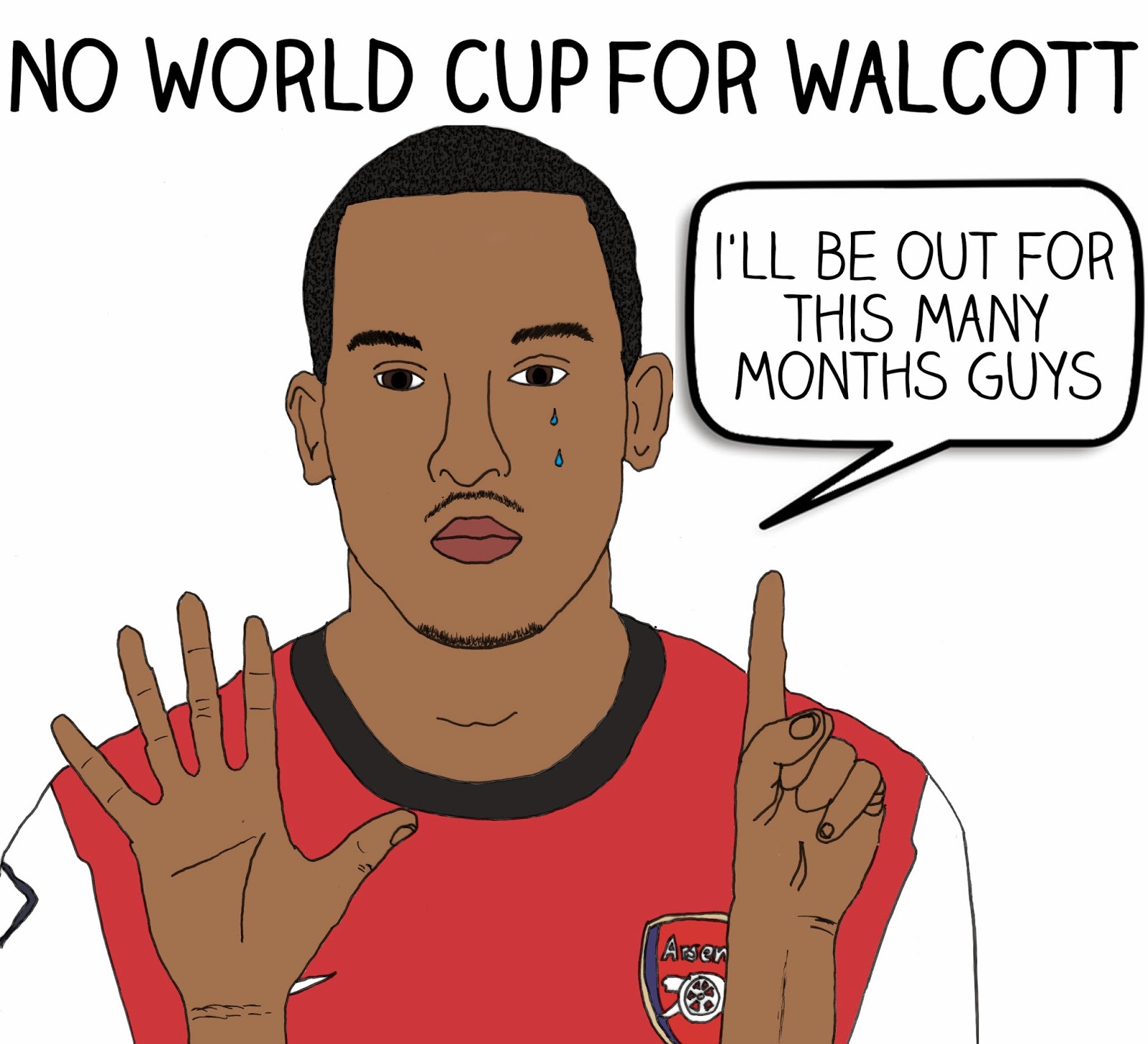 England’s World Cup hopes suffered a major blow this week, when it was confirmed that Arsenal winger Theo Walcott would miss out on the competetion due to damaging his knee. Walcott suffered an injury to his anterior cruciate ligament during Arsenal’s 2-0 win over North London rivals Tottenham, ensuring he would miss out on the rest of the Premiership campaign with the Gunners.

Roy Hodgson and Arsene Wenger have expressed their dismay at the news which is sure to make a dent in each their hopes for success in the upcoming months, but both have tipped Walcott to come back stronger than ever following recovery from the injury.

Speaking to TheFA.com Hodgson said: ‘It is such a shame that we have lost a player of his calibre for the World Cup, he has been incredibly unfortunate and we wish him a speedy recovery. Having worked with him for two years as England manager I know the character he has, and I know he will come back even stronger from this setback.’

Walcott was approached by a number of specialist who claimed they could provide operations that would get him back in action before the World Cup, but he had rejected any quick fix options to ensure he has a full and safe recovery from the injury.

Arsene Wenger has backed the decision stating: ‘That’s a disease you have everywhere in the world. There’s always people who promise miracles but when you make more enquiries on their surgeries you cannot find a football player who is a top athlete to prove their statement is right.’

‘We have enough experience on cruciate injuries to know that the minimum time is six months to come back. It is absolutely unbelievable his career. Theo went to the World Cup when he was certainly not ready to go and when he was ready to go, he was not selected. Now this time when nobody disputes that he will go, he is out through injury. It is unbelievable.’

Previous articleWinner of Huddlestone’s Hair Revealed [picture]
Next articleWill Wenger still be smiling in May? [picture]