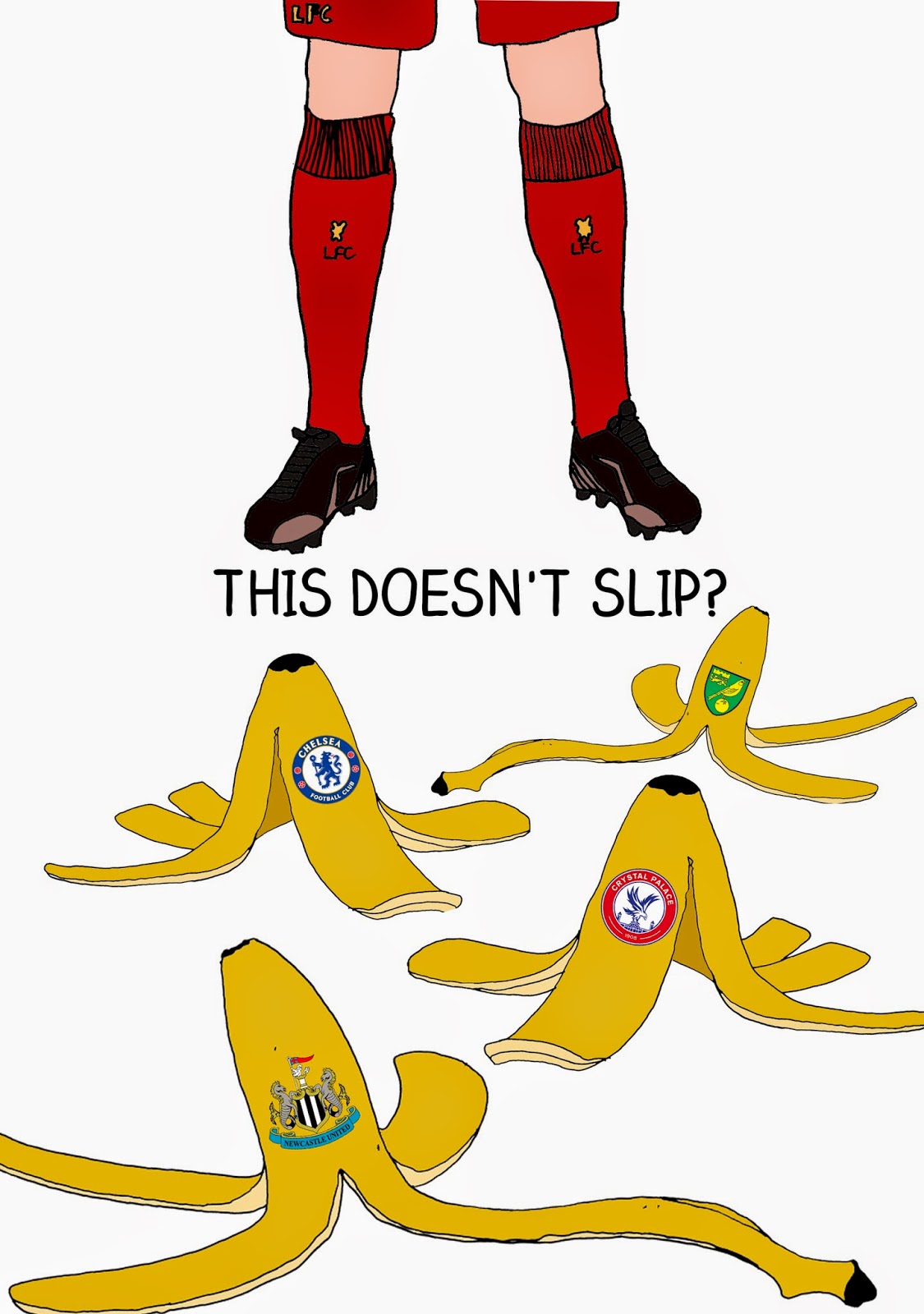 Steven Gerrard was heard giving his Liverpool a impassioned post-game speech after beating Manchester City at Anfield last Sunday in which he implored his team mates not to allow any points to be lost in the remaining four games of the season.

Liverpool’s fate is in their own hands and Gerrard can win his first ever Premiership title if every one of their remaining fixtures are won. After having won the previous ten Premier League games, Brendan Roger’s Liverpool juggernaut shows no sign of stopping, however Gerrard wants his side to take nothing for granted as they near the finish line.

In the centre of  a huddle of his celebrating team mates, Gerrard shouted: ‘This does not f*****g slip. We keep going. Listen! Listen! We go to Norwich. Exactly the same.’

Speaking after the game Gerrard elaborated further on the attitude he feels his side needs to take going into the season final fixtures. ‘Every game is getting bigger because we are getting closer to the last game of the season,’ said Gerrard. ‘Man City was always going to be huge because they are in the race with us but Norwich now become Man City. Norwich become Chelsea. Norwich become Manchester United. That’s how big it is.’

‘It is a remarkable run but you get nothing for it. You get a pat on the back. We’ve all had them but they come and go. What is key as a footballer is getting something to show for all the hard work. We have been on a magnificent run. We could win 13 on the spin but lose the last one and we will get nothing. Nobody will remember it. The only way people will remember it is if we go on and win it.’

‘We have got to forget where we are and forget what we have done. We have just got to focus and prepare for Norwich now. We have got to treat it like it is the last game of all our careers. That is the mentality.’