No Sleep for Stevie [picture] 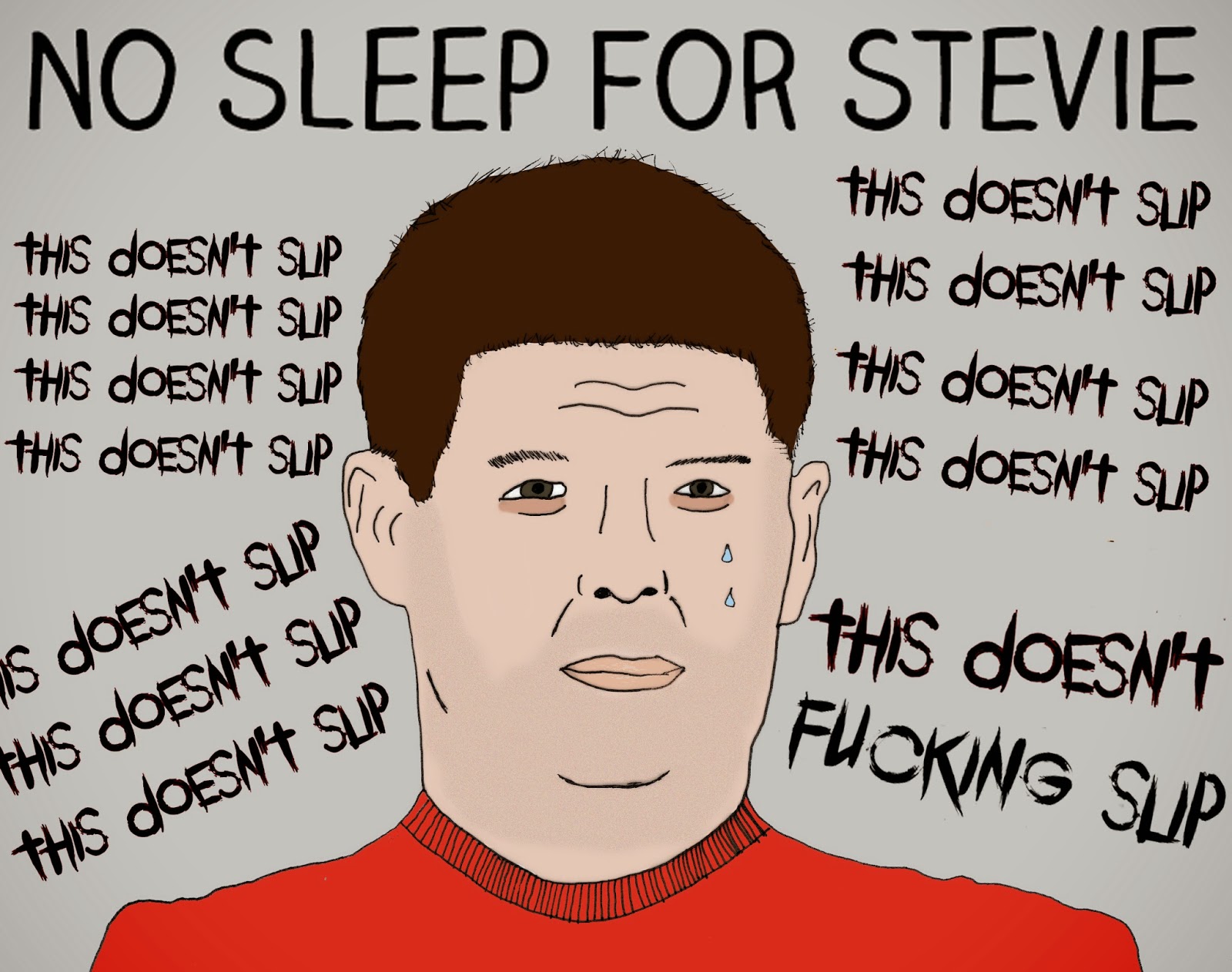 Steven Gerrard may suffer one or two poor nights sleep after Liverpool lost out in the Premiership title race to Manchester City after having been in the driving seat with three league games to go. The Liverpool captain had implored his team-mates not to let their lead at the top of the table slip following the win over City, only to play a pivitol role in the demise of his sides title challenge. His costly slip during the game against Chelsea helped hand the advantage back to City in the title race. Oh sweet irony!

Speaking following confirmation that City had clinched the league with a 2-0 victory over West Ham, Gerrard stated: ‘I’m absolutely devastated. Personally gutted and gutted for the fans. They’ve been magnificent but we can’t be too down because it’s been a fantastic season and we need to bounce back for next year and try and go one better. It took me until I’m 33 to get the experience of a proper title race so the experience for these young lads is going to be vital and there is a lot of ability in the squad. It’s growing and it’s moving forward and hopefully we can keep improving it.’

‘We have to congratulate Manchester City because they’ve been the best over 38 games so congratulations to them. I can certainly play at this level for another year for sure because I feel so fit and so strong and even though I am getting on. But the idea for me is to carry on until my legs pack in, but I will know when the day comes, but it is not here just yet.;

‘Champions League was the target but if somebody asked me if we would go to the last day in the title race I wouldn’t have believed them. It was our target the top four but after going on a run of 11 wins we got a bit of belief and we started dreaming. We gave it our best shot unfortunately we fell short of it, but if that point at Crystal Palace or the three points today got us in the top four we would be celebrating for weeks now.’

Previous articleThis Doesn’t Slip? Liverpool to win the Title [picture]
Next articleWenger: Mourinho truly is the Special (at failure) One [picture]