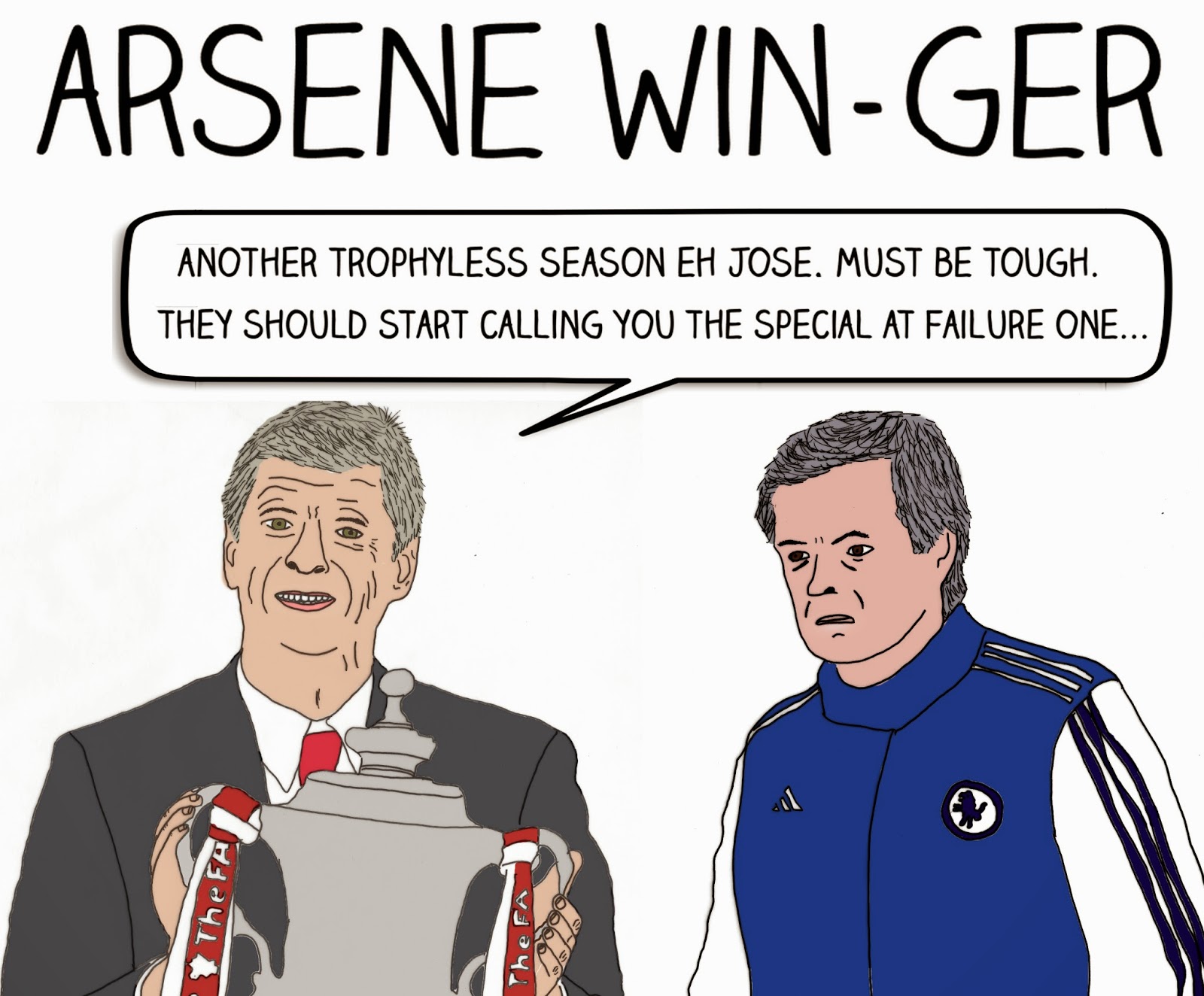 Wenger has finally done it. The curse is lifted and the famine is over, Arsenal have won a trophy. You may not have heard, but it had been nine barren season’s for the Gunner’s without silverware. Thankfully with the winning of the FA Cup last Saturday that statistic can be put to bed and Wenger can focus on more important things, like doing battle with unruly coat zippers.

With the passing of one managers trophy drought, so beginneth another. Jose Mourinho followed up from his final season at Madrid with another trophyless season at Chelsea and as Arsene can attest they quickly start to stack up.

Mourinho branded Wenger a ‘specialist at failure’ earlier in the season and had looked to be proven right when the Gunner’s Premier League title challenge fizzled out in trademark fashion, but a lifeline was provided when they scraped past Wigan on penalties in the Semi-final of the FA Cup.

Arsenal’s bad luck had looked to have struck again when Hull went 2-0 ahead in the first eight minutes of the FA Cup final, but a hard fought comeback saw them win 3-2. Silverware was finally being brought back to the Emmirates and a smile was brought back to Wenger’s face.

Speaking to Channel 4 following Arsenal’s triumph, Mourinho stated through clenched teeth: ‘I know. In the last nine years, Arsenal won an FA Cup. That’s a nice moment for them.’