Hart’s Not In It [picture] 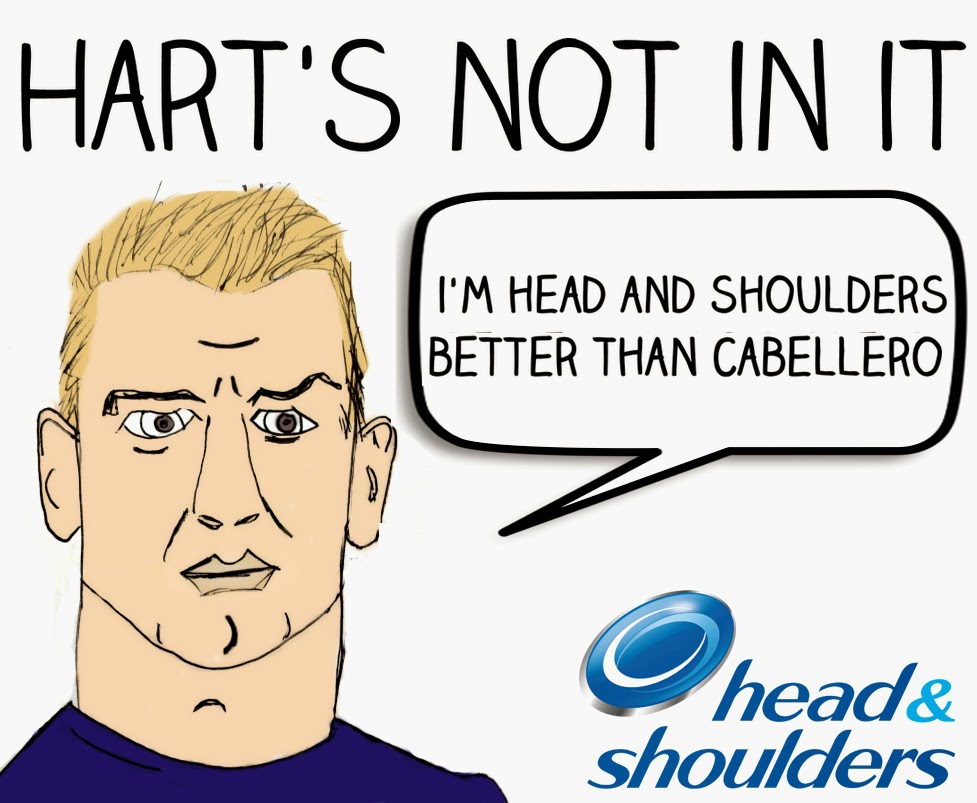 Joe Hart was left sat on the bench for Manchester City’s game against Hull this afternoon, with Manuel Pellegrini opting to give Willy Cabellero his Premier League debut rather than playing the England ace.

Pellegrini stated after the signing of Cabellero in the summer transfer window that he would not have a number 1 keeper and that either man could make the starting line up for any game, regardless of the competition.

He lived up to his word opting to play the Argentine keeper in consective games following his clean sheet City’s mid-week Carling Cup game against Sheffield Wednesday. Speaking after today’s game, Pellegrini stated: ‘I think for Willy it was good to play not just one game but to play two in a row.’

‘Joe played eight games in 32 days, a lot of games for a goalkeeper. I have a squad of 22, 23 players and I make rotations because I think it is better for the team. In this case I think it was good for Willy.’

There has been speculation linking Hart with a move away from City, which could gain further momentum if Pellegrini continues to opt for his former Malaga pal Cabellero. Hart is yet to be offered a new contract with City which has given rise to rumours that he could leave the Etihad for Premier League rivals Liverpool.

Speaking about his contract situation, Hart stated: ‘Anything about a new contract is news to me. I’ve heard nothing. I’ve got a year, nearly two years, left on my deal. That is all I am aware of.’