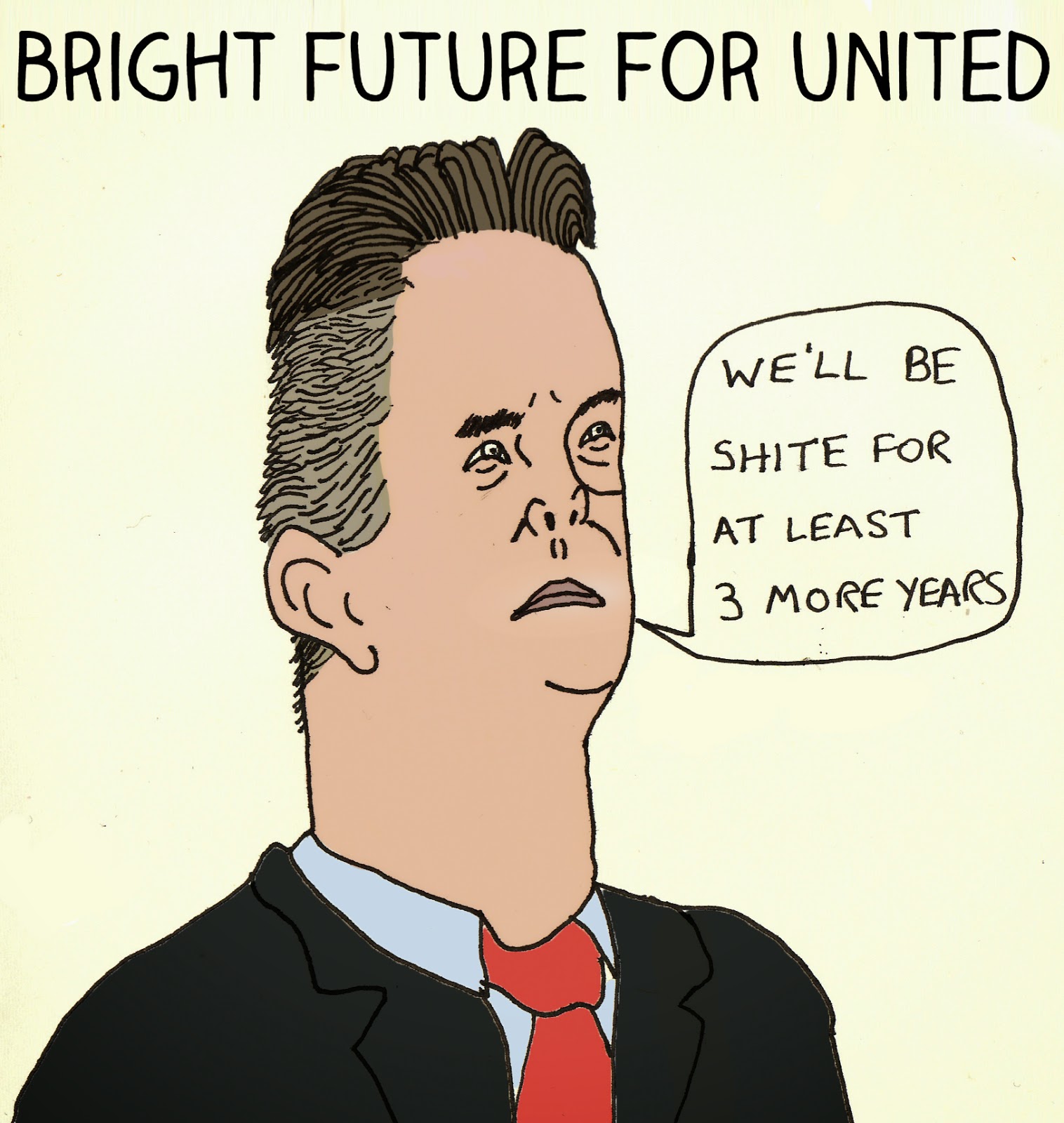 Don’t worry United fans, its all under control. The glory days aren’t over, they’re just on hiatus. A three year hiatus to be exact, according to manager Louis Van Gaal. Speaking in regards his teams cruddy start to the season the Dutchman explained its part of a process which will eventually see them return to the multi-title winning Champions they were under Sir Alex Ferguson’s stewardship.
In a tense press conference this week, Van Gaal stated: ‘I feel, myself, very lousy for the fans firstly, but also for the board because they have a great belief in me and my players and my staff and when you have 13 points out of 10 matches you are not doing well.’
‘It’s not good enough. But on the other hand, we are in a process, as I have said from the beginning. The process shall take more than one year, it shall take three years. I cannot say when the results are coming. When I did it with Bayern Munich it was December 8. It can be February 1. But it doesn’t matter. This is a process of three years. I have signed for three years.’
His predecessor David Moyes wasn’t even allowed a full season to attempt to acheive his Red Devil dream, only making it ten months into a six year contract. So patience when it comes to failure is a big ask when at a club so accustom to success, especially given the amount of money spent on the team over the summer transfer window.

United are currently four points worse off than they were this time last season under David Moyes and former player Paul Scholes has criticised Van Gaal’s start to life at Old Trafford, stating following recent performances: ‘It concerns me that expectation levels have slipped so far that many supporters I know felt relieved at snatching a late draw with Chelsea and losing narrowly to City.’

‘The scoreline against City might have been more respectable than last season but the performance in the first hour of the game was very poor indeed. This is Manchester United. It is not simply good enough to play well for 20 minutes and lose.’