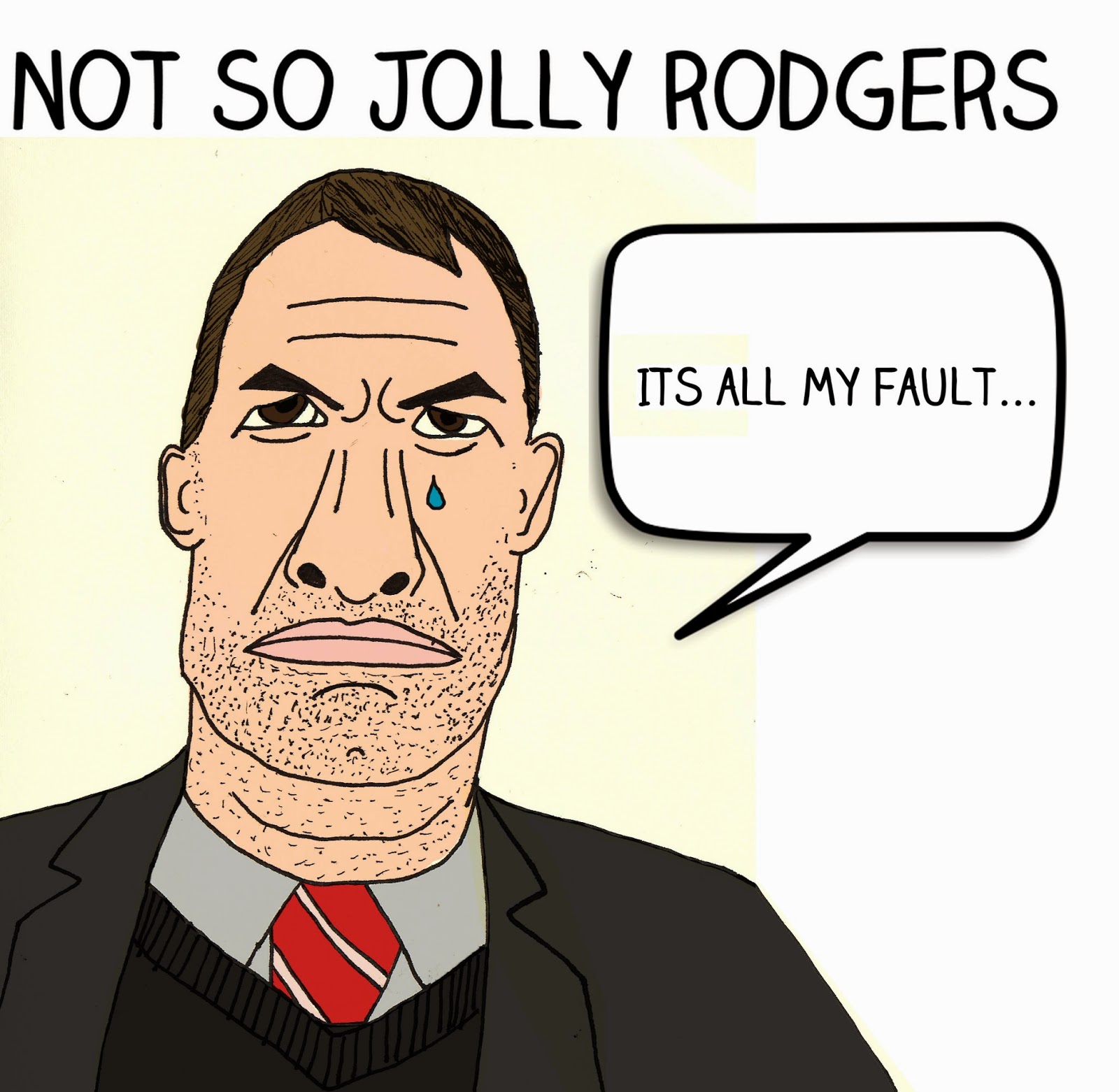 It was another bad day at the office for Liverpool manager Brendan Rodgers as his side gave up a 1-0 lead to lose 3-1 against Crystal Palace, making it three league defeats in a row for the reds. The game got off to a promising start with Rickie Lambert netting after only two minutes but went downhill from there and it soon became a second miserable trip to Selhurst Park in two seasons for the Liverpool lads.

The result leaves Liverpool 12th in the Premiership and has raised further questions about Rodgers future at Anfield. Speaking after todays defeat, Rodgers stated: ‘I’m not arrogant enough to think that I will be in a job through anything. Any manager will tell you that you have to win games and you have to get results, especially after how we’ve been developing as a football club. But I have a great communication line with the owners. We’ve been honest enough with each other but ultimately you have to get results. You have to perform. In my first year when we weren’t maybe getting the results we were performing well.’

‘Owners and directors and chairmen and chief executives have to see development on the field. Barring this period, our development has been very good and fast. But there’s no doubt as a manager you have to get results. That will support the confidence to the owners, and you take it from there. I will only ever do my best. The best has seen us develop well. Now I need to fight even harder. And take the responsibility because as manager full responsibility comes down to me. Any pressure comes on to me.’

‘It was bitterly disappointing. Nowhere near the levels we’d expect, after a very good start. You’ve seen a team low on confidence today. Not quite together as a team. We need to find a solution very quickly because it was very disappointing.’

‘It’s my responsibility as the manager, ultimately. I put the team out there, the best team to win us the game. We made a good start. You could see our passing was a wee bit tentative, and then we make mistakes. Mistakes you wouldn’t expect to see from a team that’s supposed to be challenging. We failed to manage the game.’

‘We concede a throw-in which shouldn’t happen and then the third goal, a long ball down the middle and I didn’t think it was a free-kick. Both were holding each other’s shirts. OK, it was a good free-kick. Overall, that intensity and togetherness in our game isn’t there.’

‘When you don’t get the results, that affects you. We have to work harder but we go away bitterly disappointed with the result. We have to put it right very quickly because we have a massive game in midweek and a busy schedule ahead. We have to do better.’

Is Rodgers still the right man to manage Liverpool?