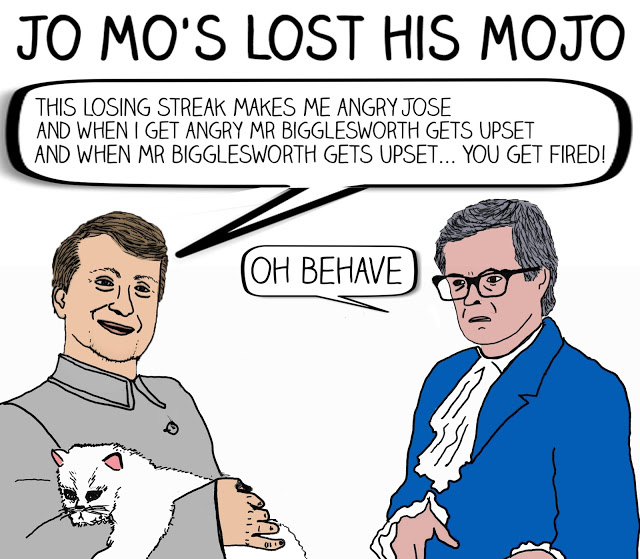 It could be the sack for Jose Mourino this Christmas after reports that Roman Abramovich has held a meeting with the Chelsea board of directors to discuss the future of the Special One at the club.

The results have been far from special so far this season and it now looks increasingly likely that Mourinho won’t last the season with the Blues despite winning the Premiership last time round and signing a new contract with the club in August.

Things have taken a turn for the worse for this week with a loss against Leicester, which has led to an admission from Mourinho that a top for finish is no longer a realistic possibility for his side this season.

Speaking after Monday nights defeat, Mourinho stated: ‘It’s hard. All last season I did phenomenal work and brought them to a level that’s not their level, which is more than they really are, or this season we are doing so bad that some of the players – of course I am not saying all of them, I don’t want to put them all in the same basket – but clearly for some of them, it is so difficult.’

It’s been a good couple of season’s since we’ve seen a new manager at Chelsea. Could Abramovich be lining one up for Chelsea this Christmas?