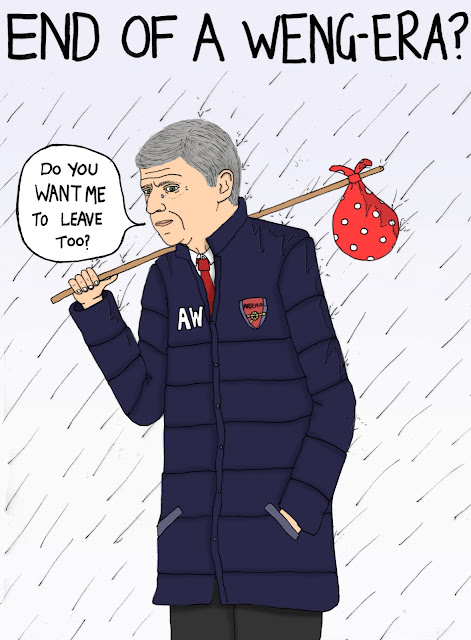 A 4-0 win over Championship side Hull City was not enough to quell dissent from travelling Arsenal fans as they unveiled a banner at the KC Stadium last night reading: ‘Arsène, thanks for the memories but it’s time to say goodbye.’ The long standing Gunner’s boss had to address the issue when asked about the banner following the win.

There’s nothing disappointing for me,’ stated Wenger. ‘I do my job. Look at the history of the club, since the club exists, and you will see that I have nothing to be scared of. I don’t care. I do not want to speak about that because it is always the same story. It is enough now. If you have any questions ask other people. Do you know someone who has won it the FA Cup more than me?’

‘We judge the season afterwards and I’m quite amazed so many people judge it so early. We have not given up anywhere and you will see that in the coming weeks. This club has been in a much worse position than it is today.’

Arsenal’s season looks to be following a familiar pattern with them losing pace in the title race and all but out of the Champions League following a 2-0 home defeat to Barcelona.

After yesterdays’s match the fan responsible for the banner explained his frustration, stating: ‘At the end of the day we could have lost 4-0 today and everyone will say ‘you’re overreacting’. So we can’t win.’

Could we be witnessing the end of a Weng-era this season?