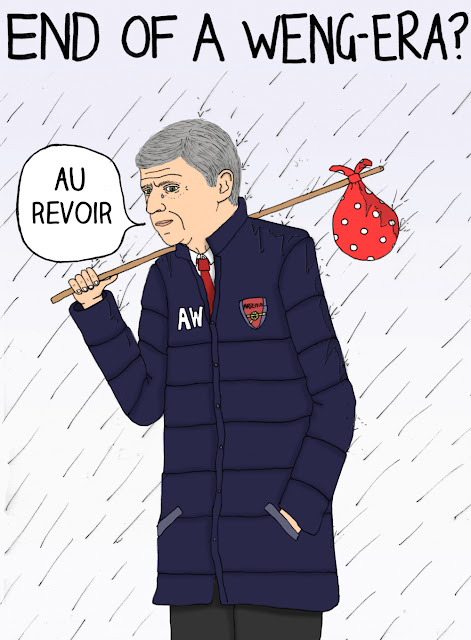 There has long been speculation upon when Arsene Wenger’s reign at Arsenal will come to an end. It’s five years this month since the infamous 8-2 hammering Arsenal received at the hands of Manchester United, a defeat that was blamed on a lack of transfer activity during the summer window.

We are seeing a familiar story this summer with Wenger showing a lot of restraint when it comes to transfer activity in comparison with his more gung-ho managerial adversaries. Speaking to BBC Radio 5 Live, Wenger explained that the performance and success of his team this season will have a bearing on his plans to continue at the club.

‘My contract runs until the end of the season. What I will do after will depend a little bit on how the season goes,’ stated Wenger. ‘You never know in your job. It’s a love story that you hope will last your whole life but it could stop at any moment.’

Speaking about his expectations for the season, Wenger predicted it could be a very open race with eight teams with the potential to win in. Arsenal are currently fourth favourites to win the Premier League behind Manchester City, Manchester United and Chelsea.

‘It promises to be a very exciting season. We want to focus and start well. It’s the world championship of managers, there is a lot of expectation, the ambition is very high and maybe the Premier League is more even than ever.’

Previous articleHey Big Spender! Wenger ready to up the ante to £35M to get his man
Next articleKlopp v Conte in bidding war for £50M+ star