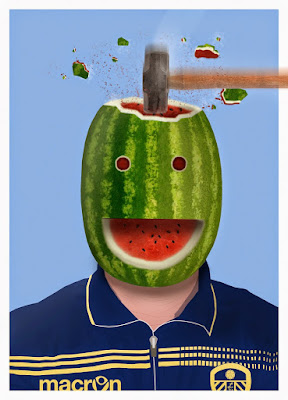 According to Mirror journalist David Anderson ‘Garry Monk is fighting for his life at Leeds after just four games in charge with Massimo Cellino considering axing him.’

After only three games in charge new manager Gary Monks position was already under question with Leeds ‘manager eater’ owner. After losing the first two league games of the season, Leeds were only minutes away from an embarrassing 1-0 defeat to ex-Leeds manager Uwe Roslers Fleetwood Town in the Capital One Cup. A late equalizer from Marcus Antonsson’s and a win 5-4 on penalties seems to have bought Monk some additional time, but with Cellino reportedly poised and ‘ready to sack Monk’ one questions if he’ll make it to Christmas.

Looking to address the current weakness in the Leeds United squad, Monk has signed both Liam Bridcutt from Sunderand and Pontus Jansson from Torino to hopefully add some much needed experience to his young squad.

Jesse Marsh has been strongly backed by the hierarchy at Leeds United over the January transfer window and undoubtably has a stronger squad than...
Read more
Leeds

Crysencio Summerville has posted a message on social media after signing for Leeds United from Feyenoord in a deal worth around £900,000, and his...
Read more
Leeds

Freiburg player Robin Koch has dropped a transfer hint on Instagram that he is moving to Leeds United this summer.  The defender posted a picture...
Read more