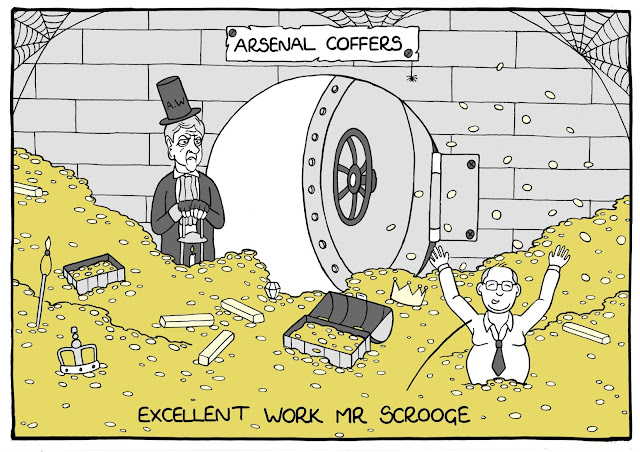 Arsene Wenger’s reluctance to spend big in the transfer market has long frustrated Arsenal fans, especially given the frivolous spending of their Premier League competitors. Never was this more evident than the time he failed to lure Luis Suarez to the Emirates with a ‘poundshop’ transfer bid just £1 over his rumoured release cause. A move that was described by many as ‘classless’.

The Frenchman’s thought process has been revealed in upcoming book ‘Game Changers’ by Alan Curbishley. The book features quotes from Wenger in which he explains that he likes to think of his transfer kitty spending as if it were coming from his own wallet, which goes a long way to explaining the years of low spending.

Wenger states: ‘I personally believe the only way to be a manager is to spend the club’s money as if it were your own because if you don’t do that you’re susceptible to too many mistakes.’

‘You make big decisions and I believe you have to act like it’s your own money, like you’re the owner of the club and you can identify completely with the club. Because if you don’t do that I think you cannot go far.’

Previous articleZlatan: We can win more trophies
Next articleHey Big Spender! Wenger ready to up the ante to £35M to get his man