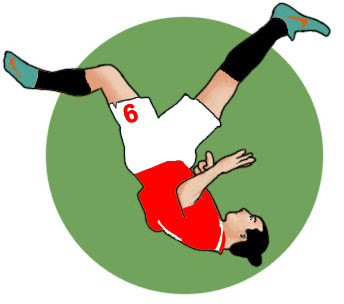 Arsene Wenger has paid tribute to Manchester United striker Zlatan Ibrahimovic, stating that he serves as ‘more than a player’ for the clubs that he plays for.

Zlat joined United this summer on a free transfer from Paris Saint-Germain and has made an instant impact at Old Trafford, netting four goals in his first four Premier League goals for the club.

Wenger had the chance to sign Ibrahimovic early on in his career, when he offered 16-year old Zlat the chance to have a trial with the Gunners. This offer was famously met with the response ‘Zlatan doesn’t do trails’ and the rest as they say is history.

Despite this knock back, Wenger still holds the Swedish star in high regards. Wenger has spoken to arsenal.com and told of the great loss PSG have suffered with the departure of Ibrahimovic.

‘They will be continue to be the dominant team in France but they lost more than a player with Ibrahimovic,’ stated Wenger.

‘He was the leader, the captain, a charismatic carrier of the ambition of the club and it’s always difficult to measure when you lose a player of that stature, how big the damage is.’

‘At the moment they have also changed managers so they are trying to find their feet at the moment.’