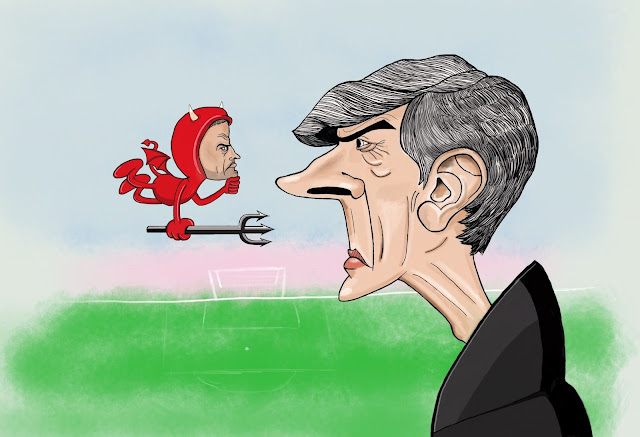 Last weekend’s battle between Jose Mourinho and Arsene Wenger ended in stalemate, with their respective teams drawing 1-1 at Old Trafford.

The rivalry goes back a long way and historically Mourinho has always come out on top, however twelve games into the Premier League season it is Wenger with a six point advantage over his old foe.

‘He, in 14 years, failed to build a team to be champion. I’ve been here for four months. And the demand is only for me and not for others.’

‘It must be because of the career I’ve made. Because I got to the clubs and always won right away.’