Wenger Out? Arsene to give that answer soon! 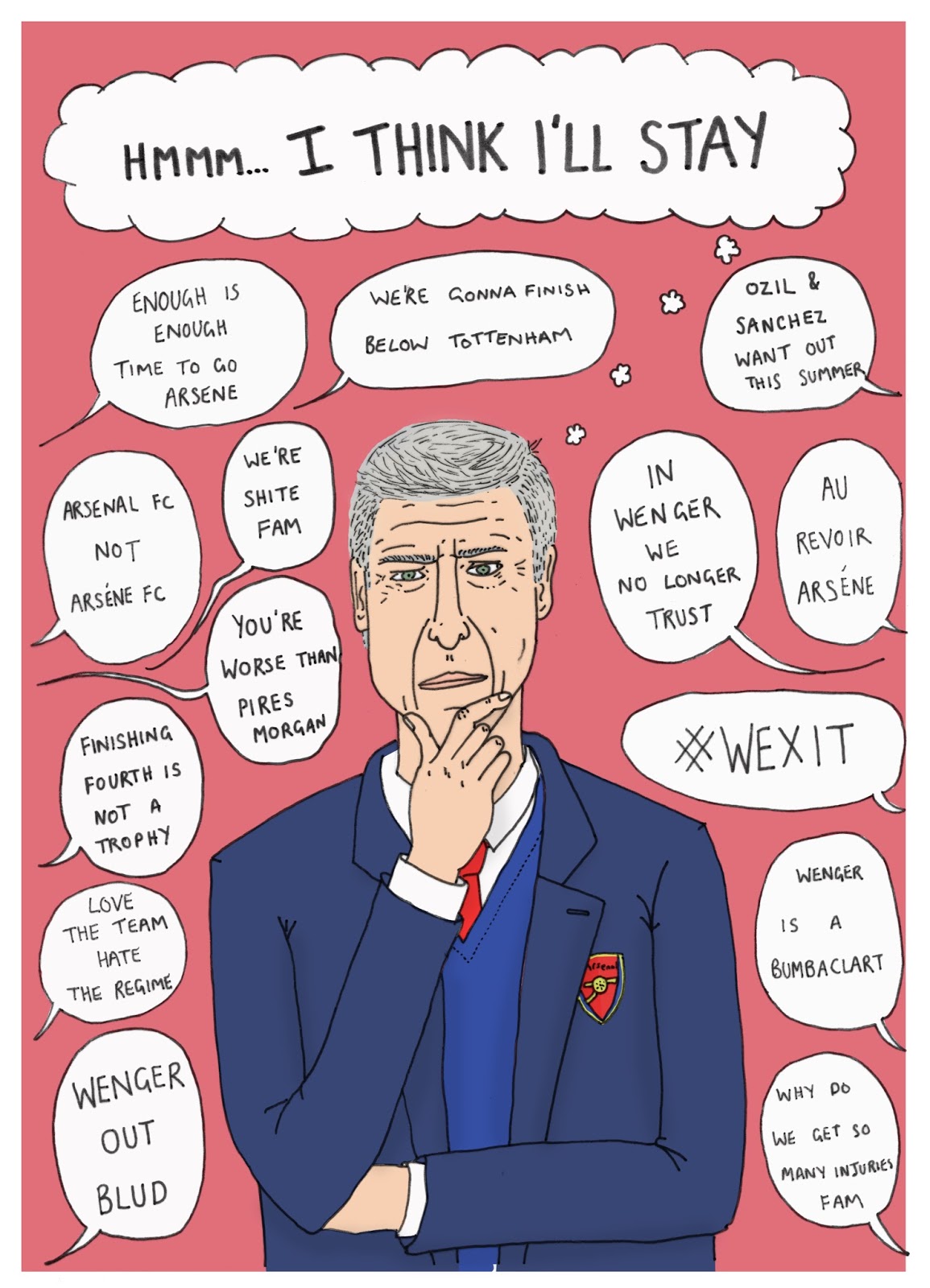 Arsene Wenger is currently facing the toughest period in his 21-year reign as Arsenal Manager, with recent ‘Wenger Out’ protests dominating the news surrounding the club.

There is increasing pressure on the Frenchman to step down as manager at the end of the season. A recent poll conducted by Arsenal Supporters Trust has concluded that 78% of fans would like to see Wenger vacate his role.

Arsenal have managed to finish in the top four for the past 20 seasons, something Arsene believes fans have taken forgranted and should “realise it is not as easy as it looked.” Fellow Premier League manager Pep Guardiola has backed Wenger’s belief that a top 4 finish is worthy of a trophy stating “Qualifying for the Champions League is definitely like winning a trophy”.

In today’s press conference Arsene continued to tease the Arsenal fans on an update on his future. When questioned, he stated “I have answered this question many times. You ask again. Don’t worry. You will get that answer soon”

It was widely reported last month that Arsene Wenger told West Bromwich Albion manager Tony Pulis that he was planning to stay on at Arsenal. Maybe Wenger is waiting for a good run on results before announcing his decision to stay to avoid further protests from the Gunners supporters.