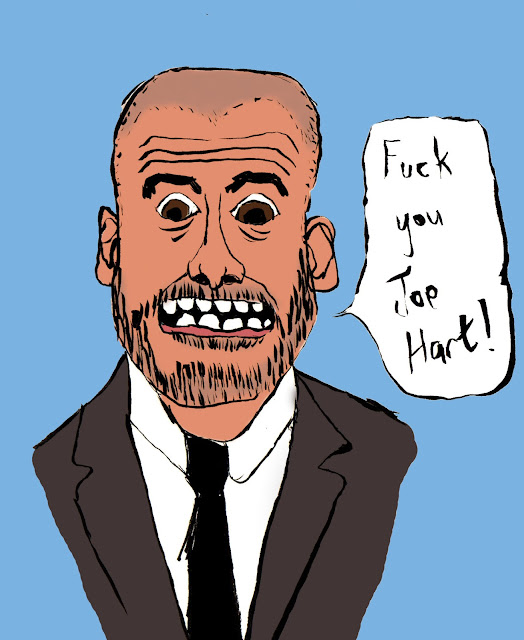 Joe Hart is on the move again after his year long loan spell at Torino. Pep Guardiola has made it clear he is not wanted at Manchester City anymore, meaning the England goalkeeper is on the look out for new opportunities this summer.
West Ham are one of the clubs that have shown interest in taking Hart off Pep’s hands according the Daily Express. They have reported that the Hammers’ would like the 30-year-old to take a £75,000 a week pay cut in order to make the move happen.
Although Hart remains England’s first choice keeper, his stock has fallen greatly over the last couple of seasons which has seen him fall out of favour at City. After letting in two free kicks in quick succession during England’s game against Scotland at the weekend his position in the starting line up has come under question.
Competition to be England’s number one keeper is particularly strong at the moment with Heaton, Butland, Forster and Pickford all applying pressure on Hart. Choosing the right club this summer could be pivotal to Hart hanging on to his place in England’s first team.
Previous articleLiverpool back on track for top 4 thanks to Super Subs
Next articleDirect play and ‘Nuclear Option’ is now a possibility