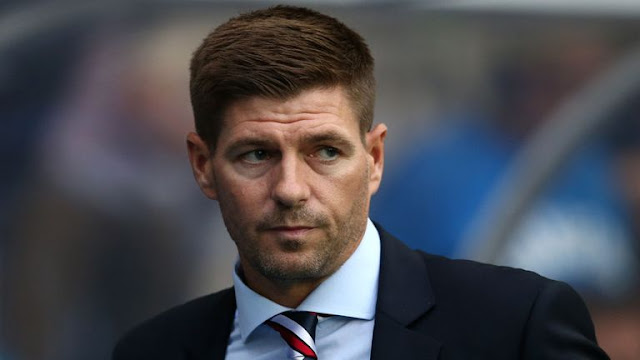 Rangers take on Russian side Spartak Moscow in matchday 3 of the Europa League at Ibrox on Thursday, and the Light Blues will be looking to set a new record by going 11 European games without a defeat.
The Gers held Villareal to a 2-2 draw in Spain on matchday 1, while they put Austrian side Rapid Vienna to the sword 3-1 at home earlier this month.
To say the least, Rangers have been very impressive under manager Steven Gerrard, and are expected to hold their own against Thursday’s visitors.
The boss has some big calls to make in terms of his starting lineup for the Europa clash, and club legend Alex Rae has hinted at how the Gers could likely take to the pitch.

“I think Ovie Ejaria will be a stick-on to start after the way he and Ryan Kent played in the second half against Rapid. Jordan Rossiter came back at the weekend, Scott Arfield brings experience and goals, and Lassana Coulibaly brings the physicality you need in there,” Rae told SunSport.
“I’m not sure whether Nikola Katic or Joe Worrall will get the nod to play alongside Connor Goldson for the Spartak game.
“Four weeks ago, I thought Katic was doing well then he was left out. Worrall did fine but then Katic came back at the weekend. I didn’t think Katic looked too comfortable on the astroturf at Hamilton, so it will be interesting to see what the manager does.”

Gerrard will be naming his strongest XI for the clash given what is at stake, and should they play like they have done thus far in Europe, a victory, or at least a draw, can be secured.
While the manager doesn’t have a stable starting lineup yet, he has hardly made more than two or three changes per game of recent, and not a lot should change against Spartak.
Regardless of whichever XI Rangers kick off with, they have enough quality capable of coming off the bench to change the game if required, and a cracker should be expected at Ibrox on Thursday.