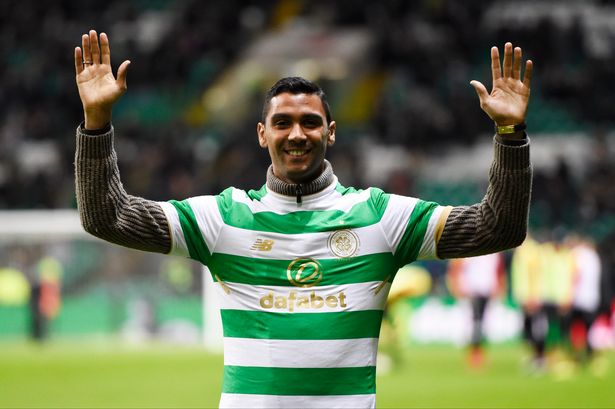 Celtic travel to Germany to face Bundesliga side RB Leipzig in matchday three of the Europa League on Thursday.
The Hoops face the daunting task of playing against one of the best sides in the German top-flight, and they are set to be without the injured Leigh Griffiths.
That leaves manager Brendan Rodgers with Odsonne Edouard as his only striking option, and centre-back Marvin Compper reckons the talented youngster has a lot to prove going forward.
The German defender knows Celtic’s Thursday’s opponents all too well having just left them for Parkhead in January, and given his great deal of experience, his opinion on football matters surely holds weight.
As reported by The Scottish Sun, Compper told German newspaper Bild-Zeitung:

“We do not defend well, the gaps are not right. If we play against Leipzig like the last time we played in the Europa League, then we’ll lose.
“We won against Hibernian in the last league game. For the league, our individual quality suffices.
“But it will be difficult in Europe. Leigh Griffiths is injured, so we have only one striker in Odsonne Edouard. He is a talent but he needs stability.”

Edouard has been in fine form since arriving Celtic from Paris Saint-Germain last summer, finishing the season with 11 goals in 29 appearances across all competitions.
The 20-year-old already has eight goals in 16 games thus far this season, including a brace during the 4-2 victory over Hibernian at the weekend, and should he keep going at this rate, he could soon end up establishing himself as the first-choice striker at Parkhead.
Thursday represents a huge chance for Edouard to test himself on a big stage, and a great performance could set him on the path to achieving the stability that will help boost his potential going forward.
Article written for Flaming Hairdryer by Adefunmiloye Alani